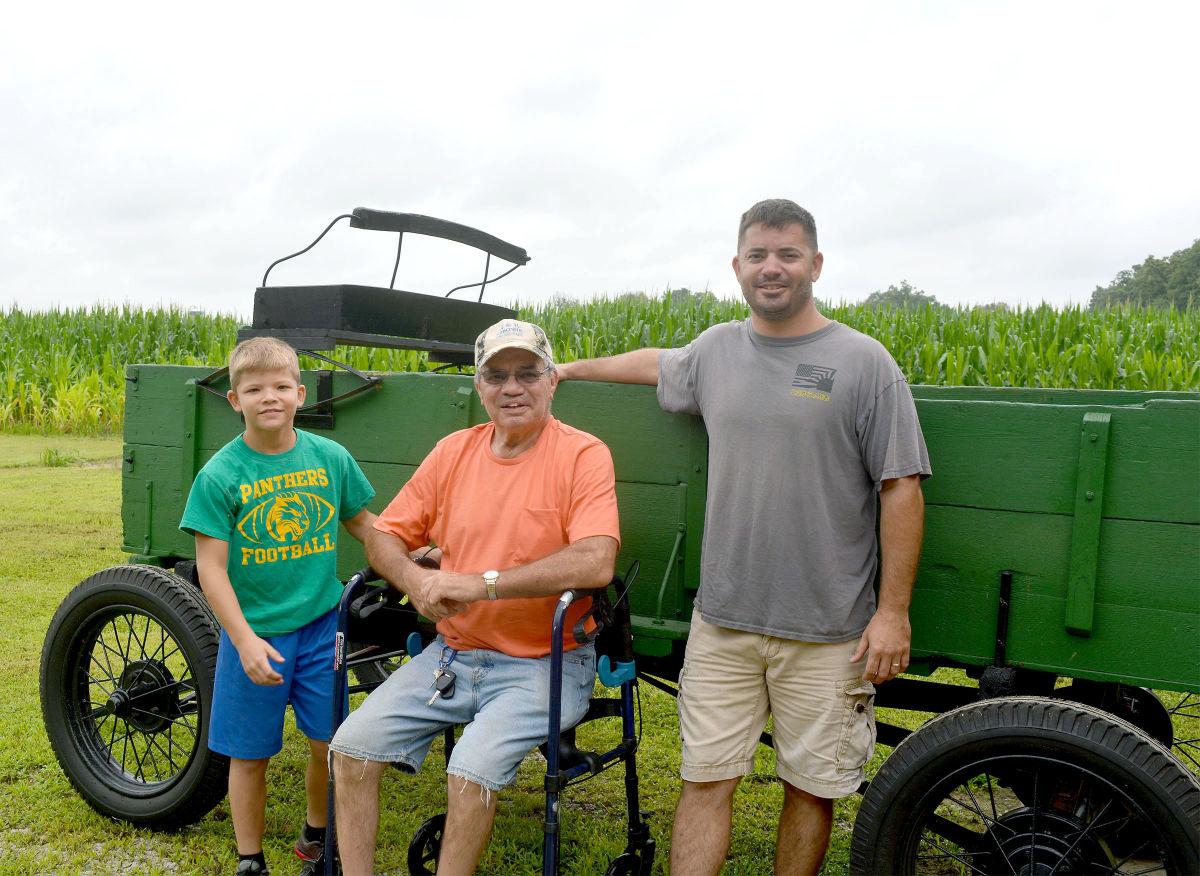 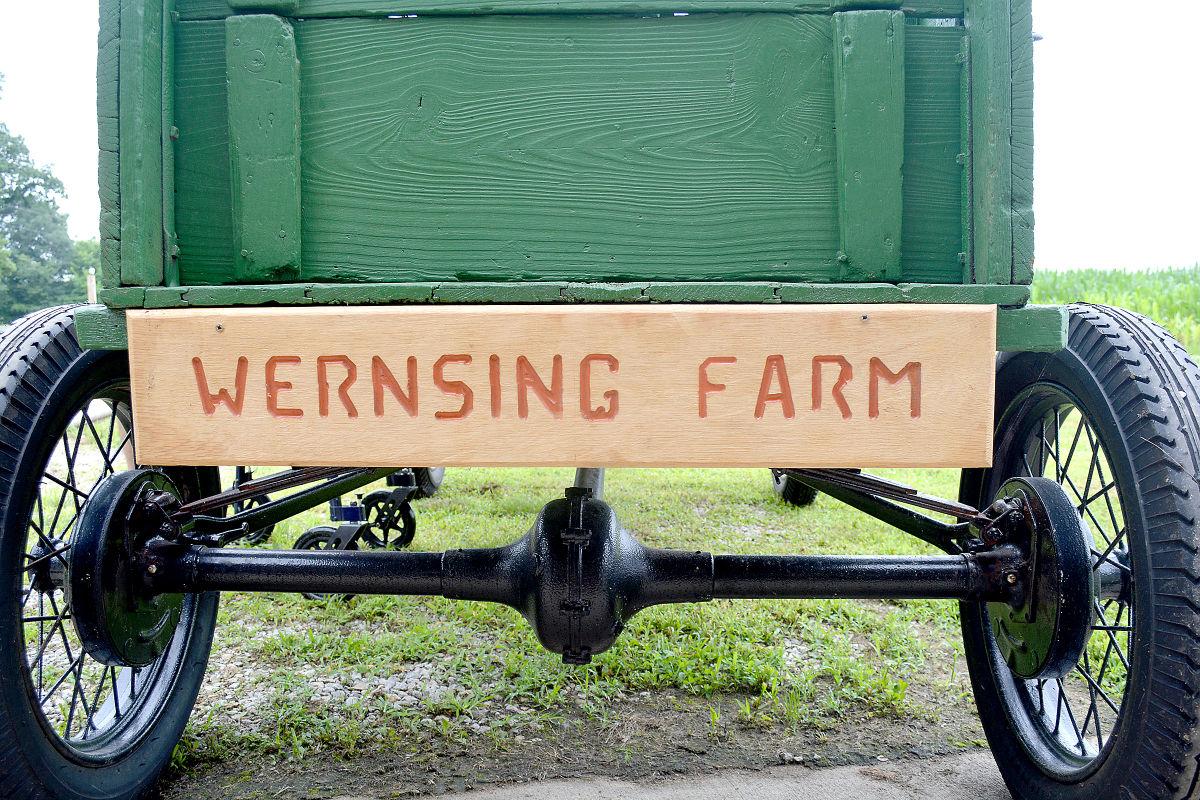 Pictured is the antique, grain wagon the family used to haul grain. The family added a sign engraved “Wernsing Farm”. 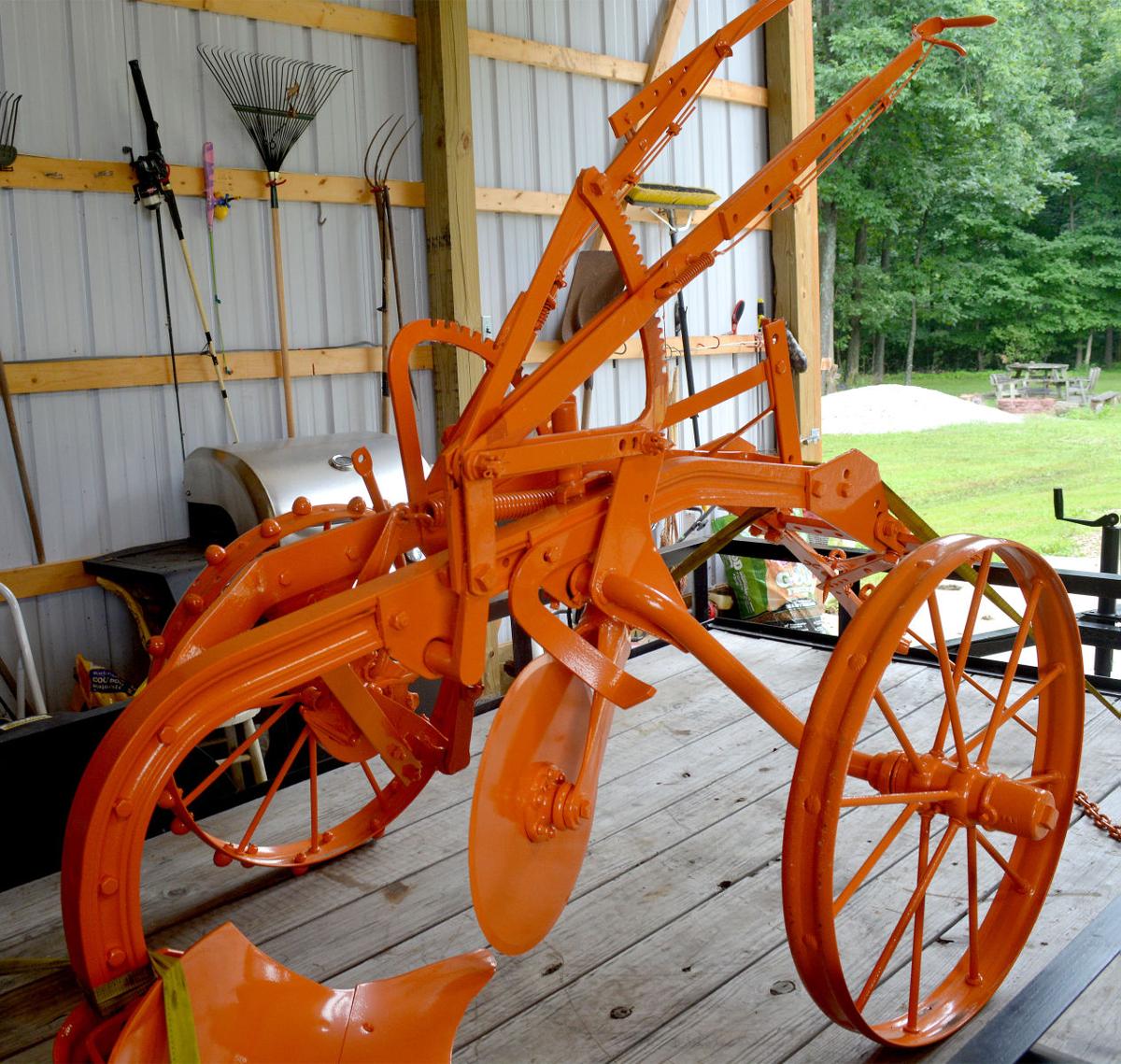 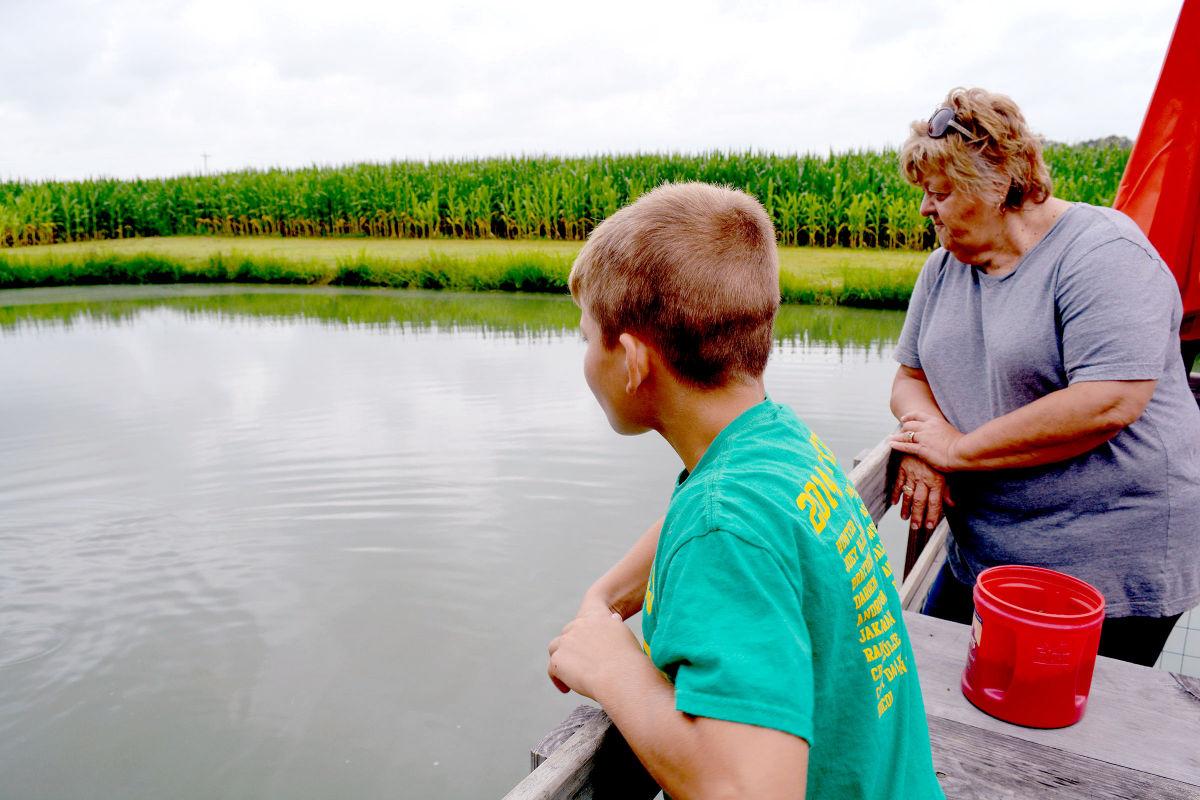 Ivan Wernsing is pictured with Liz Wernsing feeding fish on the family's pond, which was built on the original 80 acres of woodland purchased.

Pictured is the antique, grain wagon the family used to haul grain. The family added a sign engraved “Wernsing Farm”.

Ivan Wernsing is pictured with Liz Wernsing feeding fish on the family's pond, which was built on the original 80 acres of woodland purchased.

TEUTOPOLIS – On Aug. 28, members of the Wernsing family will mark the 177th anniversary of the year an ancestor purchased the land south of Teutoplois that generations have farmed.

Leroy and Liz Wernsing live on the land today. In 2005, they registered it as a "Centennial Farm" to help preserve their family’s history. After filing the proper paperwork, they have proudly hung their sesquicentennial sign, showcasing that the farm has passed the 150-year milestone.

“I don’t know when the family emigrated from Germany to Cincinnati, but in 1838, there was a group that headed West to find land to settle and they stopped here," said Liz Wernsing. "They went on to Collinsville area and went back and bought this.”

“They bought the land and went back to Cincinnati to get their families to come back. Then they started building houses,” she added.

All those years ago, Herman Henry Wernsing purchased 80 acres for just $50. By comparison, since 2014, land in Illinois has sold for an average of $7,700 per acre, according to an agency of the U.S. Department of Agriculture, the National Agricultural Statistical Service.

Herman Wernsing bought 80 acres of farmland and another 80 woodland acres. The farming portion is located on the corner of Route 33 and Elliotstown Road. The woodland section is farther south, on the Elliotstown Road. The family built a small cabin in the woods, using the timber that grew there. Later, the woods supplied firewood and a good place to hunt.

Years later, Leroy Wernsing’s grandparents split up the land by dividing the farming portion to his father and the woodland portion to his aunt and uncle.

After Leroy Wernsing inherited the land from his father, he asked to purchase the additional acreage, but the uncle and aunt did not want to sell. Later on, the land was passed down to Leroy Wernsing’s cousins. After inheriting the land, these same cousins then offered him the land. Leroy decided to buy the additional 80 acres of the farm along with three of his sons, and the four split it into quarters.

“I always farmed the ground as long as I’ve been farming," Leroy Wernsing said. "Dad farmed it. Then I farmed it."

We always treated it like it was our own,” said Leroy Wernsing, explaining that he share-cropped the land of his aunt and uncle. Today, the family rents out a portion of the land to farmers, since Leroy is not capable of farming anymore.

Leroy and Liz Wernsing live on the 80 farmland acres, where a farmhouse was built years before. On the woodland acreage, the family has built a shed and pond where they can enjoy that portion of the acreage. Wernsing family members fish and camp and otherwise utilize the land that previous generations shaped.

The original cabin no longer stands, but a house will be built where it once stood. Kevin Wernsing, one of the sons who purchased the land along with Leroy Wernsing, plans to build a house next next year where the cabin once stood.

The farm is not the only thing that has been passed down through the years. As Leroy Wernsing gave a tour of the family’s machinery shed, he talked about the various pieces of equipment that have been in his family for generations.

A wagon that Leroy Wernsing’s grandfather and father used to haul in the harvest, 50 bushels at a time, is one of the family’s prized possessions. Leroy explained how the wagon was pulled by horses. Now he uses it in parades. The shed also held other antique machinery, such as a manure spreader and plow, that were once a necessity for farming the Wernsing land.

Having six sons, one daughter, and several grandkids, Leroy Wernsing said he thinks that the family tradition of living on and owning the land will continue for generations to come.

On this land, not only was a farm built, but also a home and a life was constructed. Now, as the oldest registered sesquicentennial farm in the county, the Wernsings can never imagine the land being in someone else’s hands.