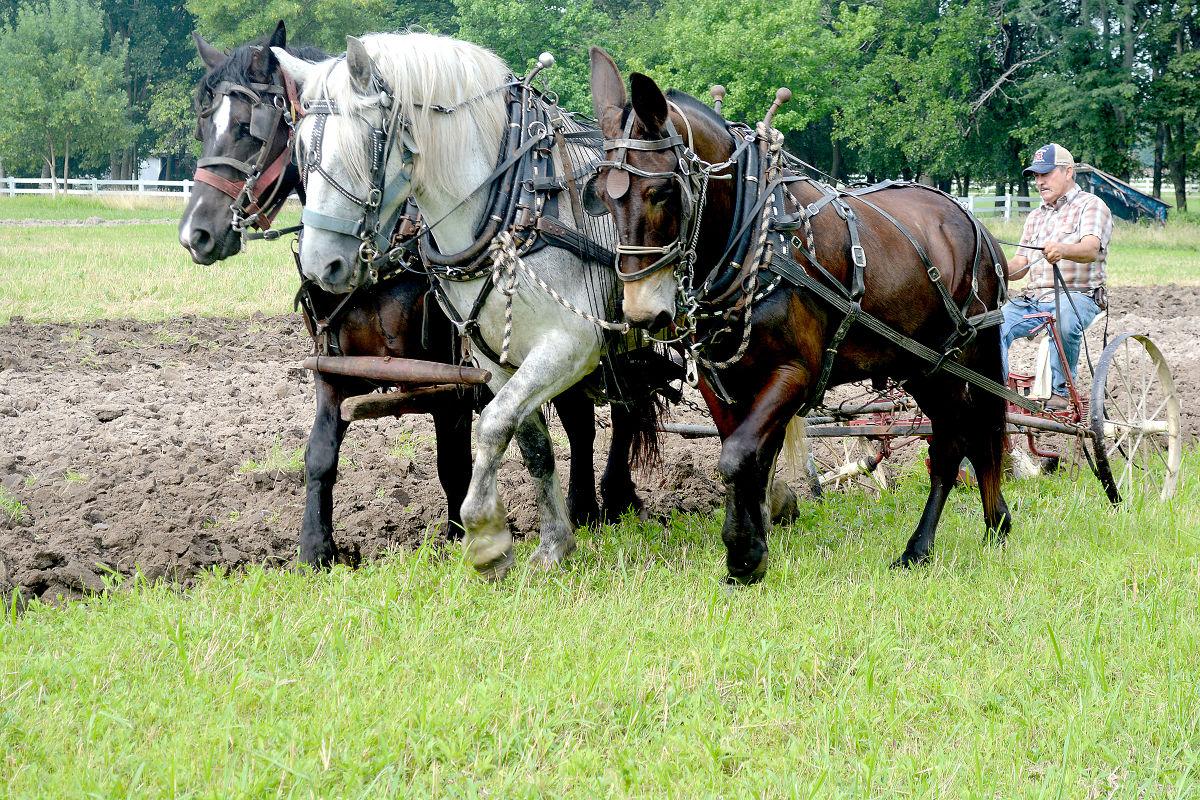 Mike Traub guides his team of horses as he plows the field. 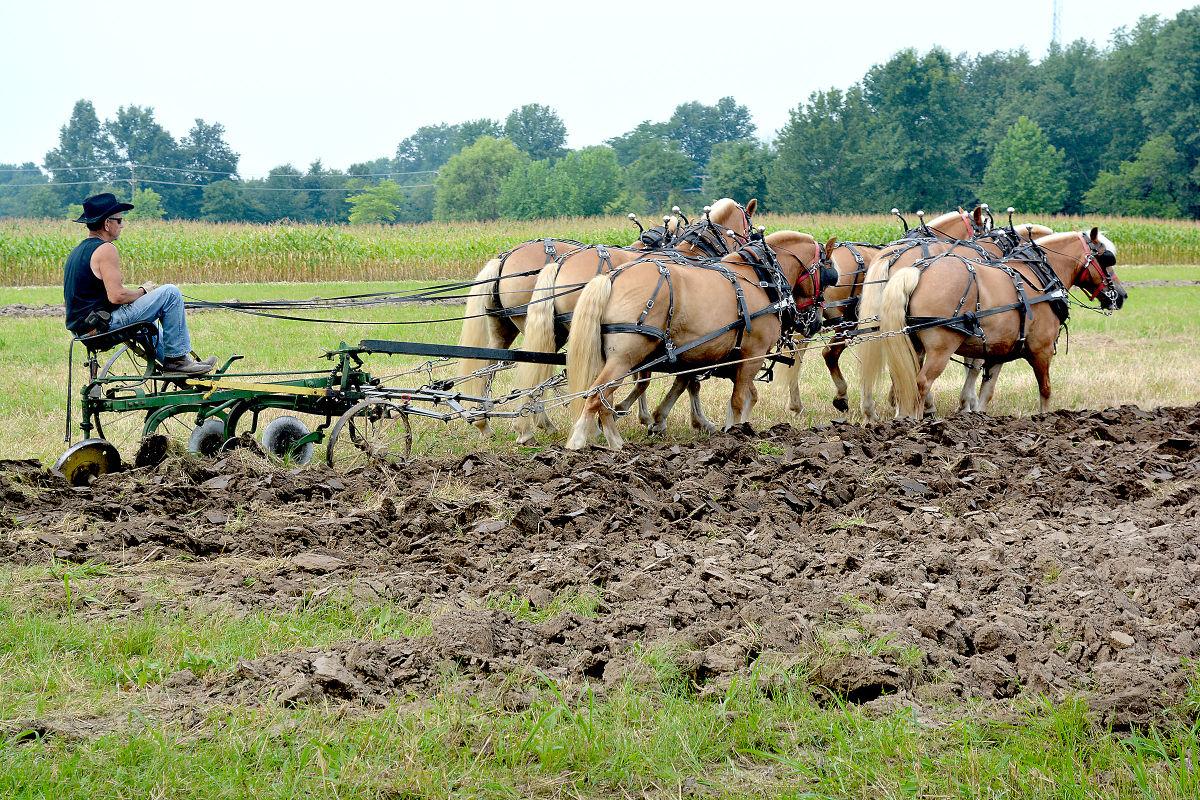 Jim Buzard leads his team of six horses as he participates in horse demonstrations at the Mill Road Threshermans Show.

Mike Traub guides his team of horses as he plows the field.

Jim Buzard leads his team of six horses as he participates in horse demonstrations at the Mill Road Threshermans Show.

The smell of freshly worked soil was in the air as three individuals guided their teams of horses to plow a small, wheat-stubbed field.

Participants were a hit, as a crowd gathered to watch the horse farming demonstrators at the Mill Road Threshermans Show, which is an event organized at the Effingham County Fairgrounds to preserve and educate others about the history of agriculture.

The participants' goal is to not only enjoy spending time with horses, but also preserving a part of American history by taking part in demonstrations that showcase how the farming process was formerly practiced.

Most individuals today can't remember a time in farming before tractors, but years before the first tractor was ever invented, using horse-powered equipment was the only way to accomplish the task of farming.

“It's fun for us, but it wouldn't be if we had to farm like this now,” said horse farming demonstrator John Anderson.

Anderson explained how the plow he used with his horses is capable of working up 12 inches of soil at a time.

“It was an extreme amount of work,” Anderson said, imagining how long it would take for farmers to plow all their fields using only themselves, a horse and plow.

“It's good because the young people don't see this anymore. When us old guys are gone, who knows who will do it anymore,” said Mike Traub, who has been driving a team of horses since he was 14 years old and has continued to do so for more than 40 years.

Traub's favorite part of participating at the Mill Road Threshermans Show is getting the opportunity to plow with his horses and eat some delicious food.

Another participant, Mike Buzzard, not only is involved in horse demonstrations at the Mill Road Thresermans Show, but additionally travels around to six various states, partaking in up to 25 various events.

Using what his grandfather taught him about horses, Buzzard is actively involved out of mere passion for working with horses and partaking in horse demonstrations. His team of horses range in ages from 7 to 22 years old.

During the Threshermans show, Buzzard used a John Deere two-bottom plow, but has other equipment he prefers to use in demonstrations, as well.

Another horse demonstration showed horses pulling a corn binder. The corn binder cut the standing corn plants. After being cut, the machine wrapped the corn into bundles, which will later be taken to a chopper to make into silage. The silage is than used as animal feed.

Kenny Goeckner planted the corn and helped organize the event.

“It's about preserving and educating ag for young people now,” he said

Sorry, there are no recent results for popular articles.

Sorry, there are no recent results for popular images.