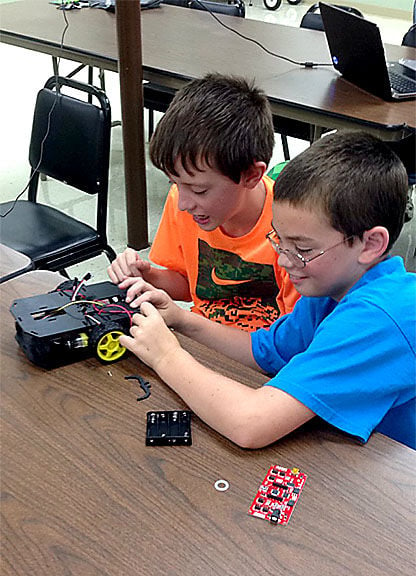 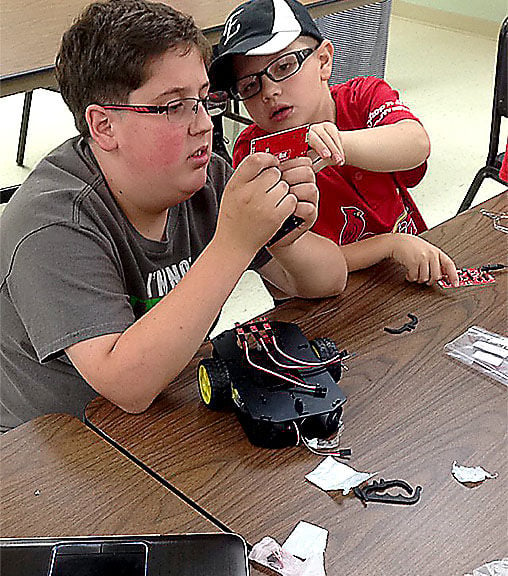 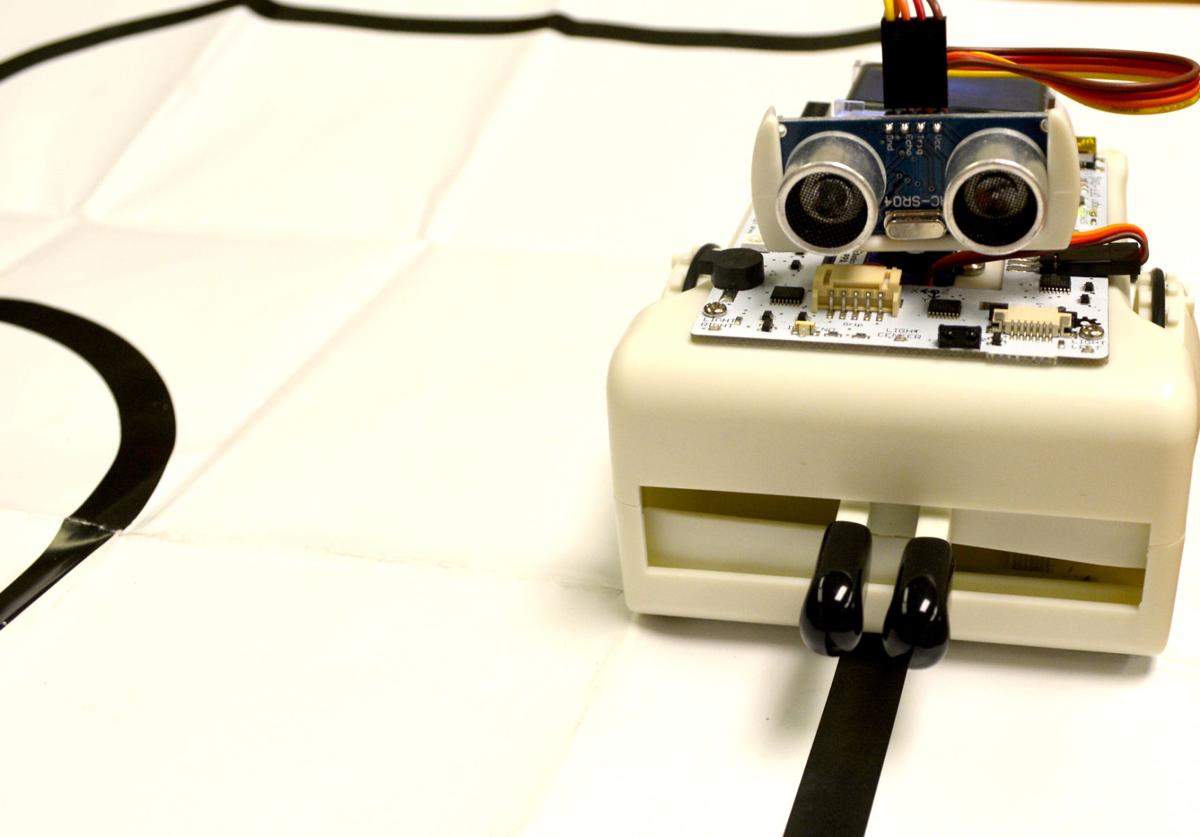 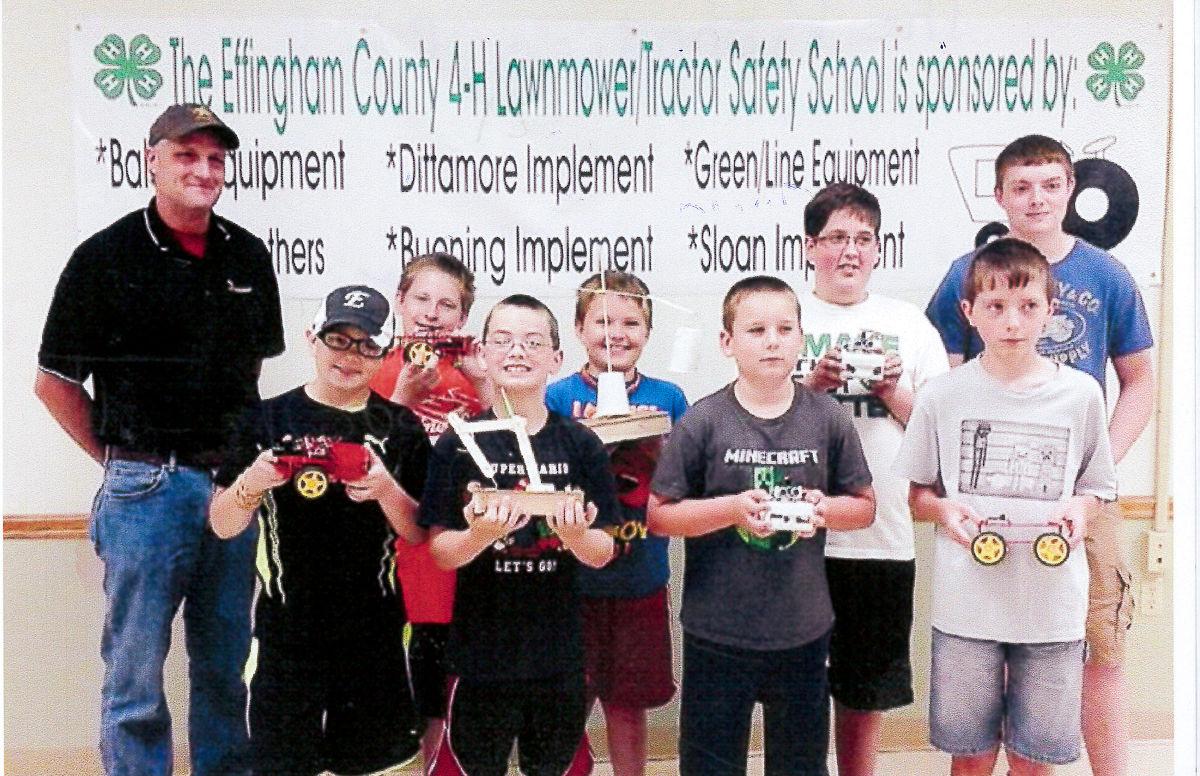 Paul Pugsley has found his way back to the 4-H show ring, but this time in a different way.

Pugsley, who has an associate’s degree in electrical engineering, has held various occupations throughout his career that have given him an expertise working with a wide range of technology. Those skills make him the perfect choice to lead the 4-H Robotics Club.

The program kicked off in May with its first meeting, and since then every second Saturday of the month kids have been learning electrical engineering skills as they work on projects related to robotics.

The idea was to bring new kids to the 4-H program, and so far that has worked. About half the members had already been in 4-H, the rest are new and learning the ways and values of the club.

"It's been a little rough getting started." Pugsley admitted. “But now that the club is rolling, it’s getting easier, as more people are becoming interested.”

With just nine members, the club is small but progressively developing. Being based out of Effingham County, the program has received support from the active 4-Hers in the area, but welcomes prospective members from surrounding counties.

Robotic enthusiasts from Jasper, Fayette and Shelby counties have even come to join in on the action and learning experience. Pugsley invites people from even farther away to join.

“It keeps growing a little at a time,” Pugsley said.

All kids ages 8 to 18 are welcome to participate, but Pugsley said that he would be willing to take "clover buds," children ages 6 to 8 who are not yet old enough for active 4-H membership.

Along with his wife and a few parents who are volunteering Pugsley is slowing seeing what the kids are interested in learning about and what they exactly want to build. Since there is a wide range of resources available for the program, Pugsley is excited to see what the club will develop into.

“If the members would like to work on certain aspects of robotics or electronics, then the club can focus on that,” Pugsley said.

With Pugsley’s background, he would enjoy teaching the members about agricultural-related technology, but wants to take the club in whatever direction the members want it to head.

He hopes to see the kids working with various circuits and ultrasonic sensors to program robots to do anything from following an obstacle course to writing names. Pugsley is planning on teaching the members C/C++, which is the language that is used for computer programing, which he said is good groundwork for the students to use in many fields.

“Ultimately, all of this leads to the kids working on projects to move on to bigger projects,” Pugsley said. “They are learning the basics so they can later build upon what they’ve already learned.”

Most of the 4-H members are too young to know what they want to do later on in their professional career, but Pugsley believes they will understand the fundamentals for any future job related to technology or electrical engineering.

With funding provided by the University of Illinois and various grants, the program has purchased four robots, which Pugsley has put together.

The club is just beginning, but Pugsley is already making plans for next year for members to compete at 4-H robotics competitions and the state Robotic Olympics.