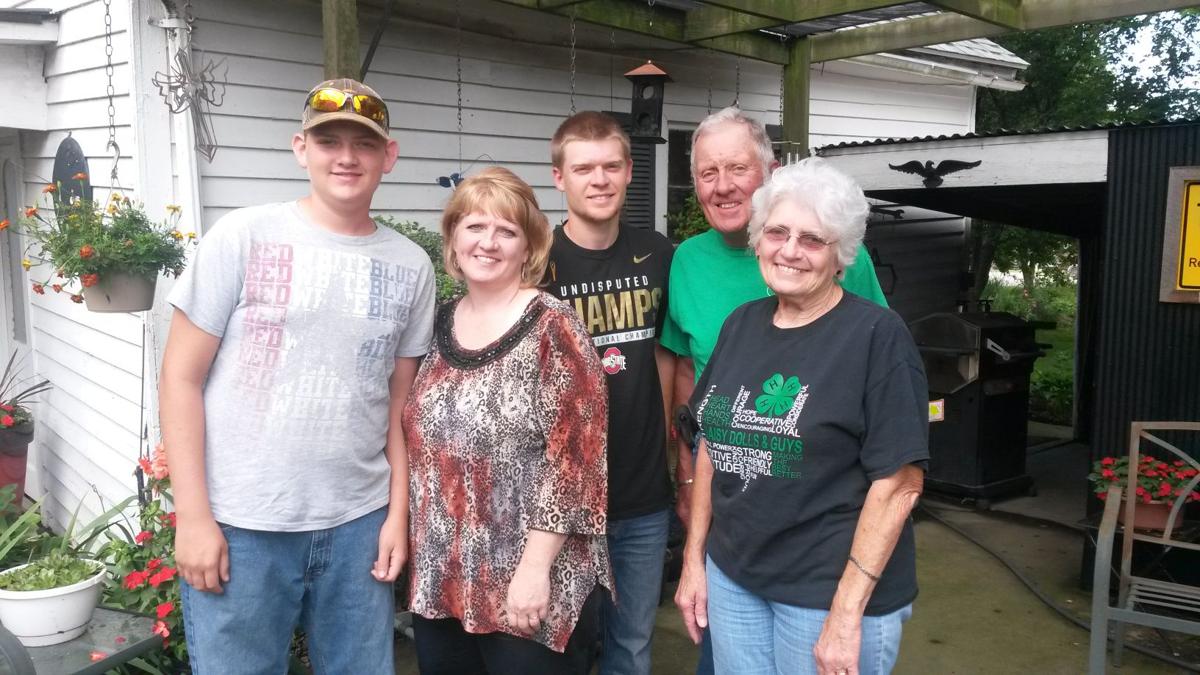 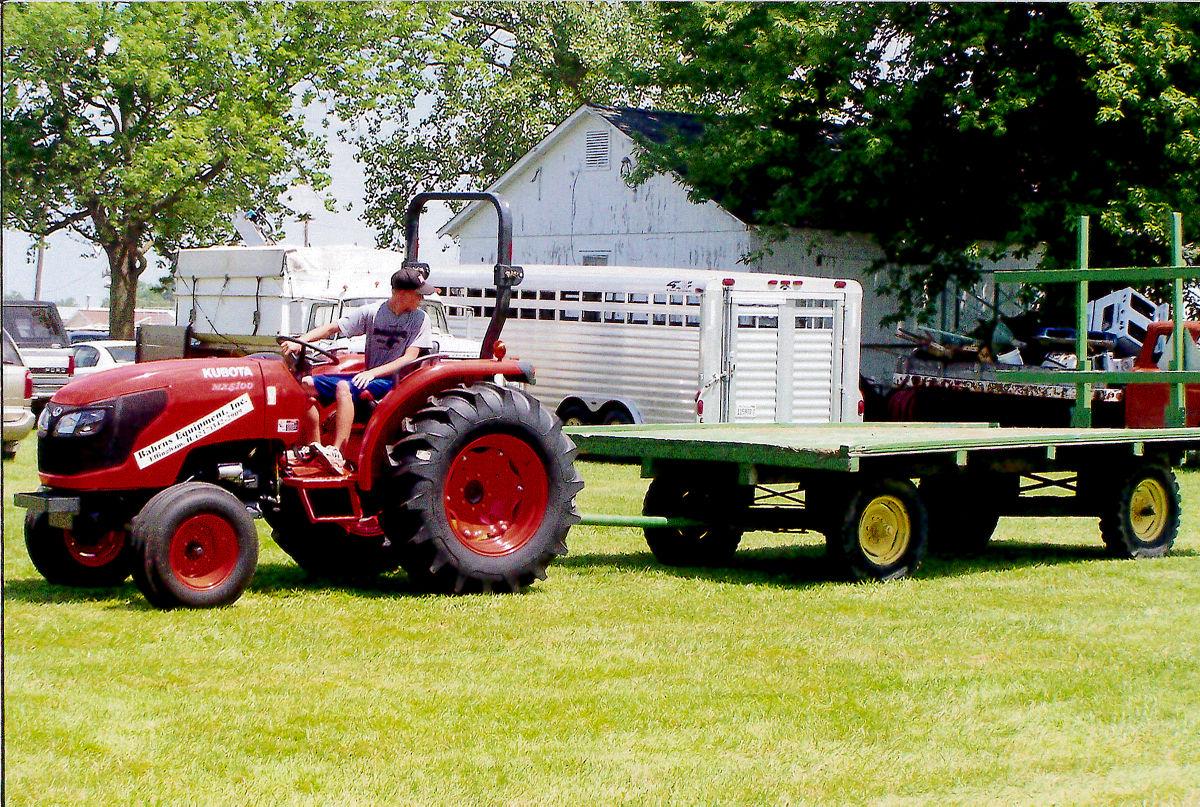 Logan Hill is pictured showing his tractor driving skills he learned during a 4-H show. 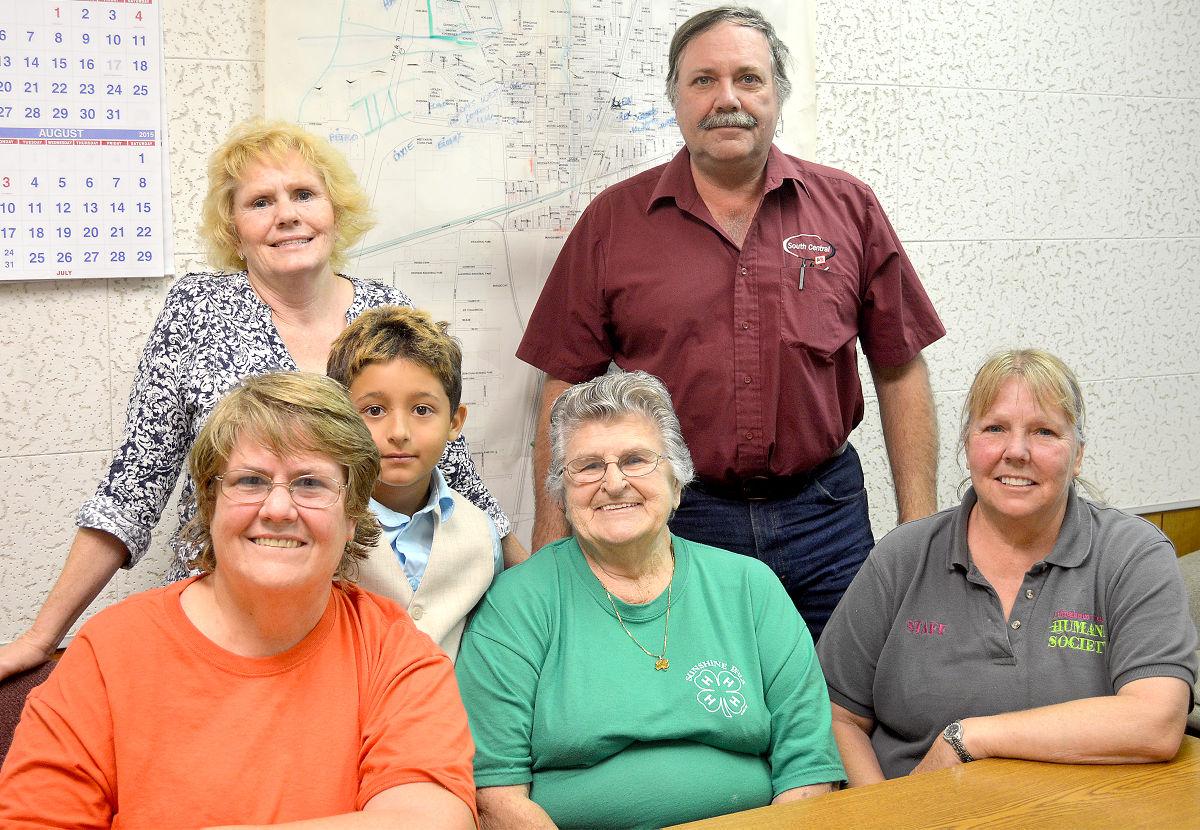 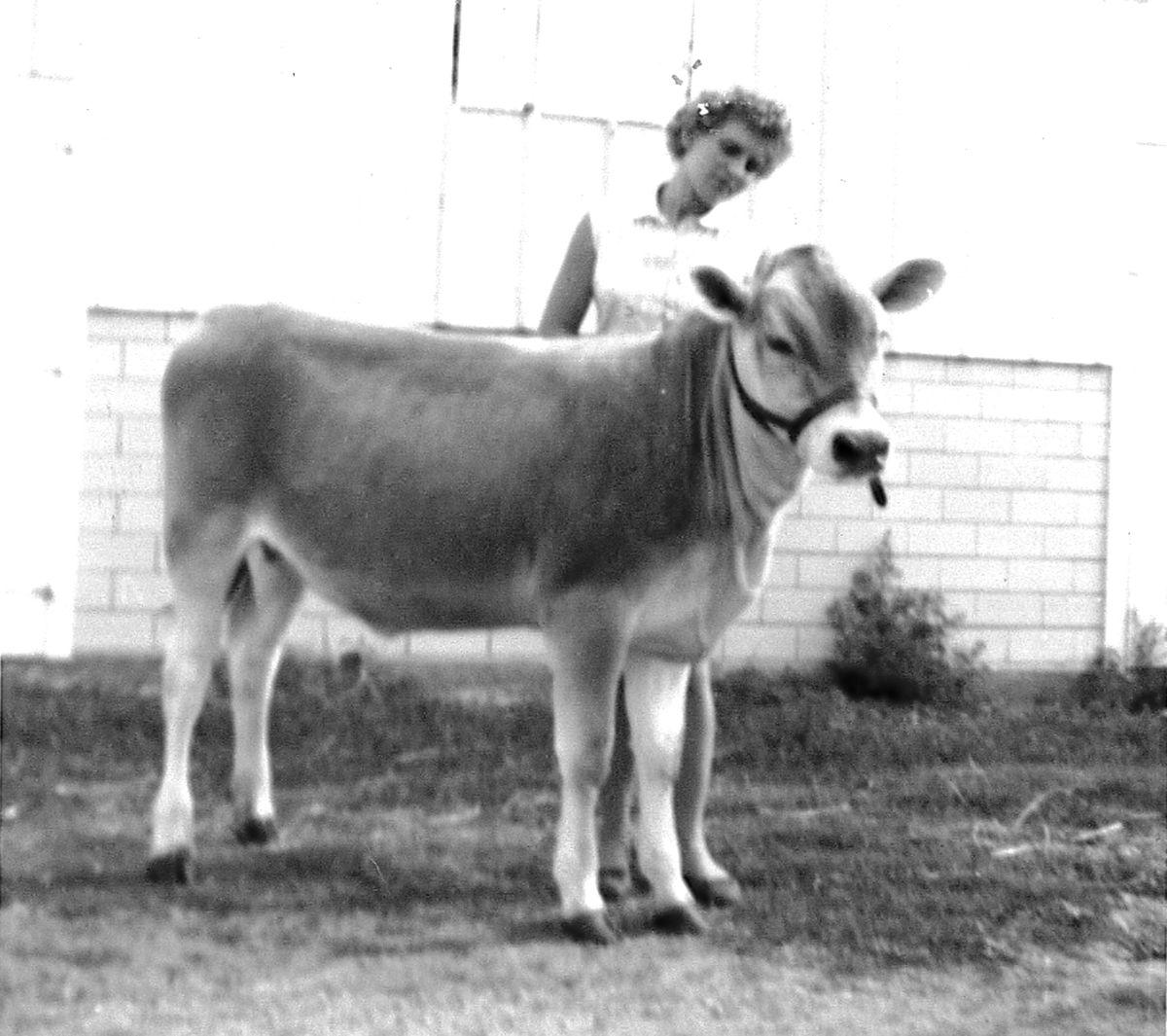 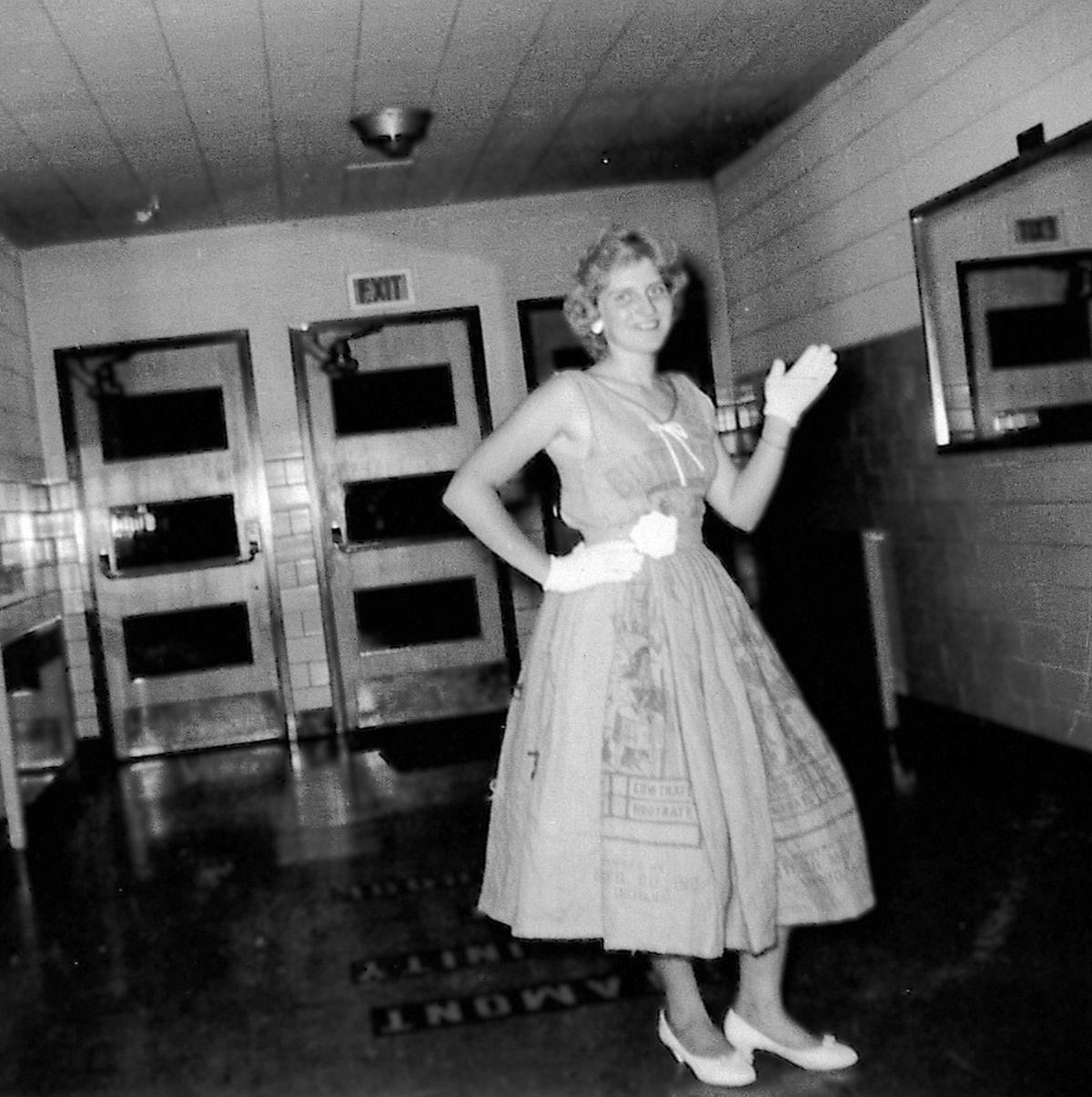 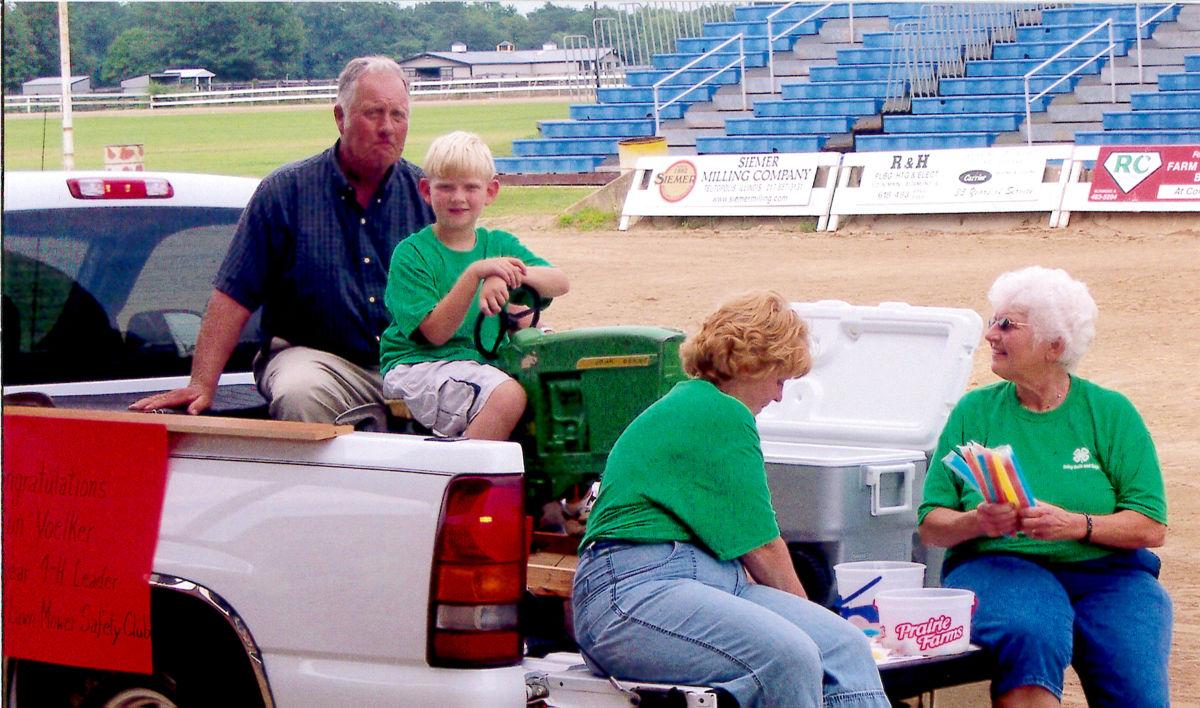 The Voelker family participating in the fair parade, promoting 4-H. 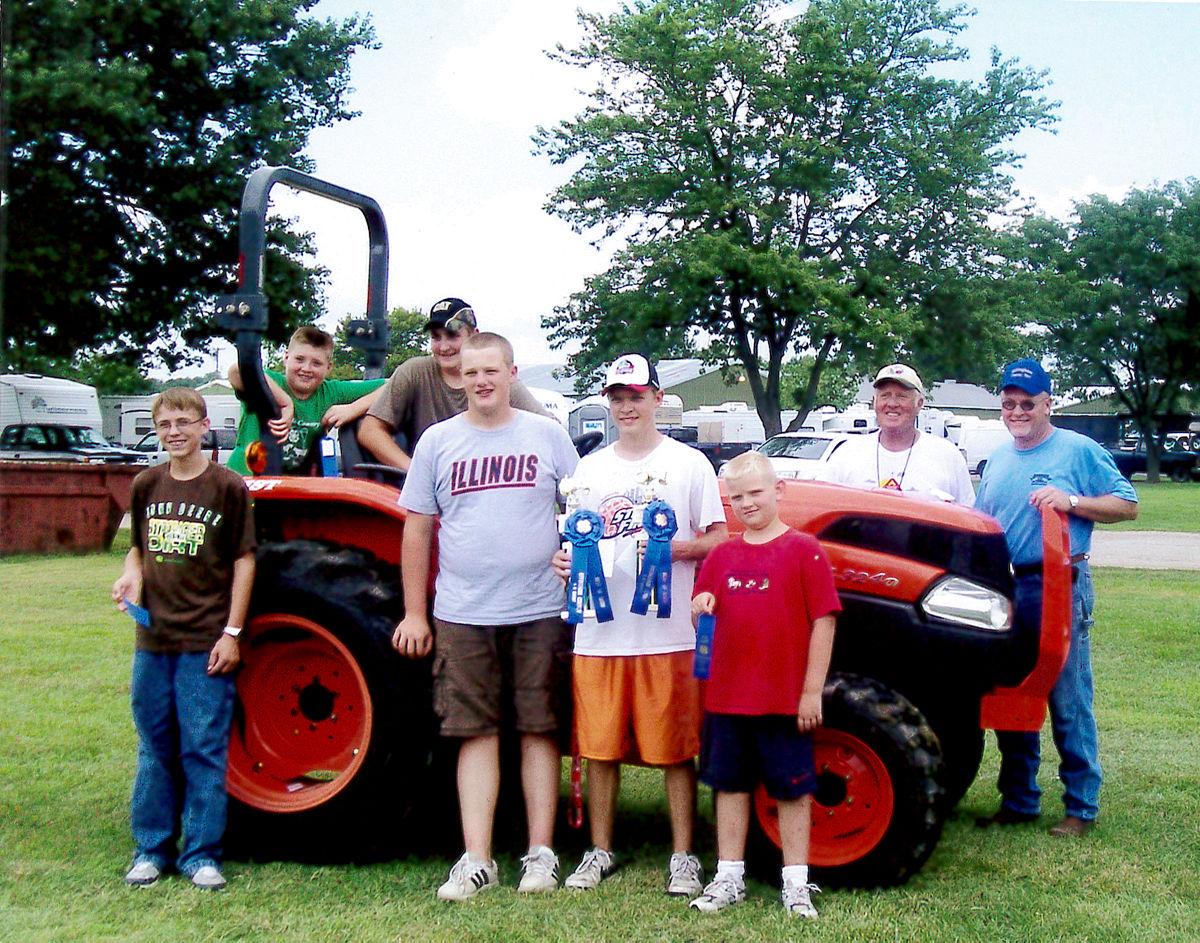 Logan Hill is pictured showing his tractor driving skills he learned during a 4-H show.

The Voelker family participating in the fair parade, promoting 4-H.

These four words may not seem significant to some, but they mean everything to 4-H members across the globe. They're the foundation that the biggest youth organization in the world stands upon.

Since 4-H began in 1902, the program has made great improvements as it has transformed into an organization that focuses on far more than farming. It's become a program that prides itself in community service and leadership opportunities.

Even though the original purpose of 4-H was to extend agriculture education, it now teaches youth about a wide variety of topics. However, the main purpose is still the same: learn by doing.

Since the founding of 4-H, the program has advanced to serving over 7 million youth worldwide and has produced 60 million alumni. According to research by the University of North Carolina, one out of seven adults was formerly involved in 4-H.

“4-Hers are the future,” said Karen Grupe of Watson, who was a 4-H member and now leads the Easy Rider’s 4-H club.

The future is in the coming generations of 4-H members, but it is important to also recognize the foundation that future will be built upon.

Because 4-H is rooted in tradition, it is no surprise 4-H has spanned generations in many Effingham County families.

Grupe’s family, the Joergens, is a prime example of how 4-H can excel through the years and continue to shape future generations.

The Joergens family, from rural Effingham, all shared the joy of being involved in 4-H. Grupe, along with her siblings, Susan Waldhoff, Judy Hopper and Stanley Joergens, were once active 4-H members. Today, the family has continued to carry on their passion for 4-H to their own children and grandchildren, who are currently involved in the program.

That tradition in the Joergens family began when the late Arthur Joergens became a 4-H member. After Arthur was out of the program and was married, his wife, Lavanda, was asked to become the main leader for the Sunshine Pals, which was a new 4-H club that was forming in Effingham County. Even though she was not familiar with the 4-H program herself, since she never had the chance to join 4-H while growing up, her husband encouraged her to volunteer as a leader. Lavanda Joergens did just that and has continued leading the Sunshine Pals for 58 years.

“I learned 4-H through my kids,” Lavanda Joergens said.

Today she has continued to learn more and more about the 4-H program and is now considered an expert by many 4-Hers as her great-grandchildren have joined the Sunshine Pals 4-H club.

Her kids have become leaders as well, and so have some of her grandkids.

“We don’t know of anything different," said Grupe. "4-H has always been there. We were more or less raised in 4-H.”

The family shared memories of times spent at show days, where they made lifelong friends and learned invaluable life lessons.

“Anybody in 4-H has good ethics,” Grupe said. Her siblings agreed that 4-H is teaching the kids of today how to learn to make connections and be respectable.

The Voelker family has a similar 4-H story. Ron and Elsie Voelker, of rural Altamont, have also been living and breathing 4-H ever since they were active members themselves. Between the two of them, they have been involved as leaders for over 100 years. And that doesn't include the years they were also 4-H members.

Ron Voelker has been leading the 4-H tractor school program for 56 years. Tractor school is where 4-H members can learn about running farm equipment, while focusing on how to do so properly and safely. He has taken the program to new levels, by giving presentations to schools and various 4-H members to promote farm safety.

Elsie Voelker leads the Daisy Dolls and Guys 4-H club and was even inducted into the 4-H Hall of Fame for her dedication to the 4-H program.

The couples’ daughter, Lisa Hill, and her two sons, Logan and Nathan Hill, also share in the Voelkers' passion for 4-H.

Lisa Hill has been a 4-H leader for 15 years and Logan Hill has been a leader for two years. Nathan Hill is still an active member and will be in eighth grade in the fall. Being involved in three clubs, he realizes that 4-H has taught him lessons that will improve his projects.

“Teachers will tell us that you can always tell which kids are in 4-H,” Elsie Voelker said.

“4-H is such a wonderful program. You get to meet other kids all throughout the county and state. It gives leadership opportunities and it’s just wonderful,” said Lisa Hill.

The family shared similar experiences to the Joergens and talked about how 4-H is still impacting them today, as they are finding satisfaction in being a leader.

“All the opportunities and the talks and demonstrations that you give in 4-H help you in speaking. There’s a lot of leadership, confidence and working as a team,” Logan Hill said.

He'll be studying agriculture production at Southern Illinois University in the fall, and says that 4-H has helped in his educational route.

“It’s fun to see the kids as clover buds and so shy," Lisa Hill said. "Then after 10 years in 4-H you just see them blossom.”

“I was more of a shy person growing up. We didn’t have the opportunity to be involved in a lot of social things, but being in 4-H helped me too. I don’t mind getting up in front of a group of 4-hers or church or home extension, and I don’t mind talking. I think it gave me confidence,” Elsie Voelker said.

Although much about 4-H is the same, veterans see the ways it has changed.

“Now, it’s geared towards kids so participants can do their thing on their own,” Ron Voelker said.

Recent budget cuts from the state have caused obstacles for the 4-H program. Now, 4-H members have to pay a $20 fee to participate, but the 4-H families believe that the program will persevere.

“It’s going to be hard on it," said Ron Voelker. "School comes first and then there’s this which adds as a sideline to education, but I think it will always continue. I’ve had the grandpa, the father and the children come through.”

For 4-H families, it’s evident that 4-H is not just an activity; it is a way of life. Together, the families are proud of what 4-H has become and done for each one of them. They look forward to seeing what 4-H holds and know that the program will continue to produce future leaders.