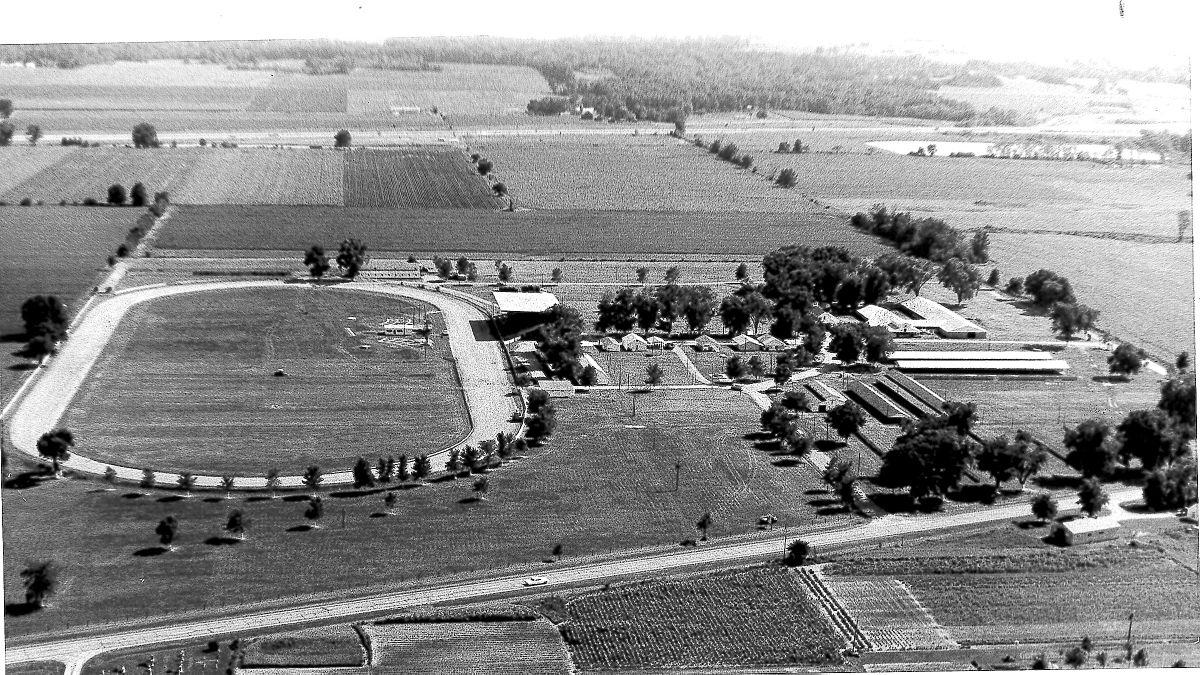 An aerial view of the fairgrounds taken in 1968. 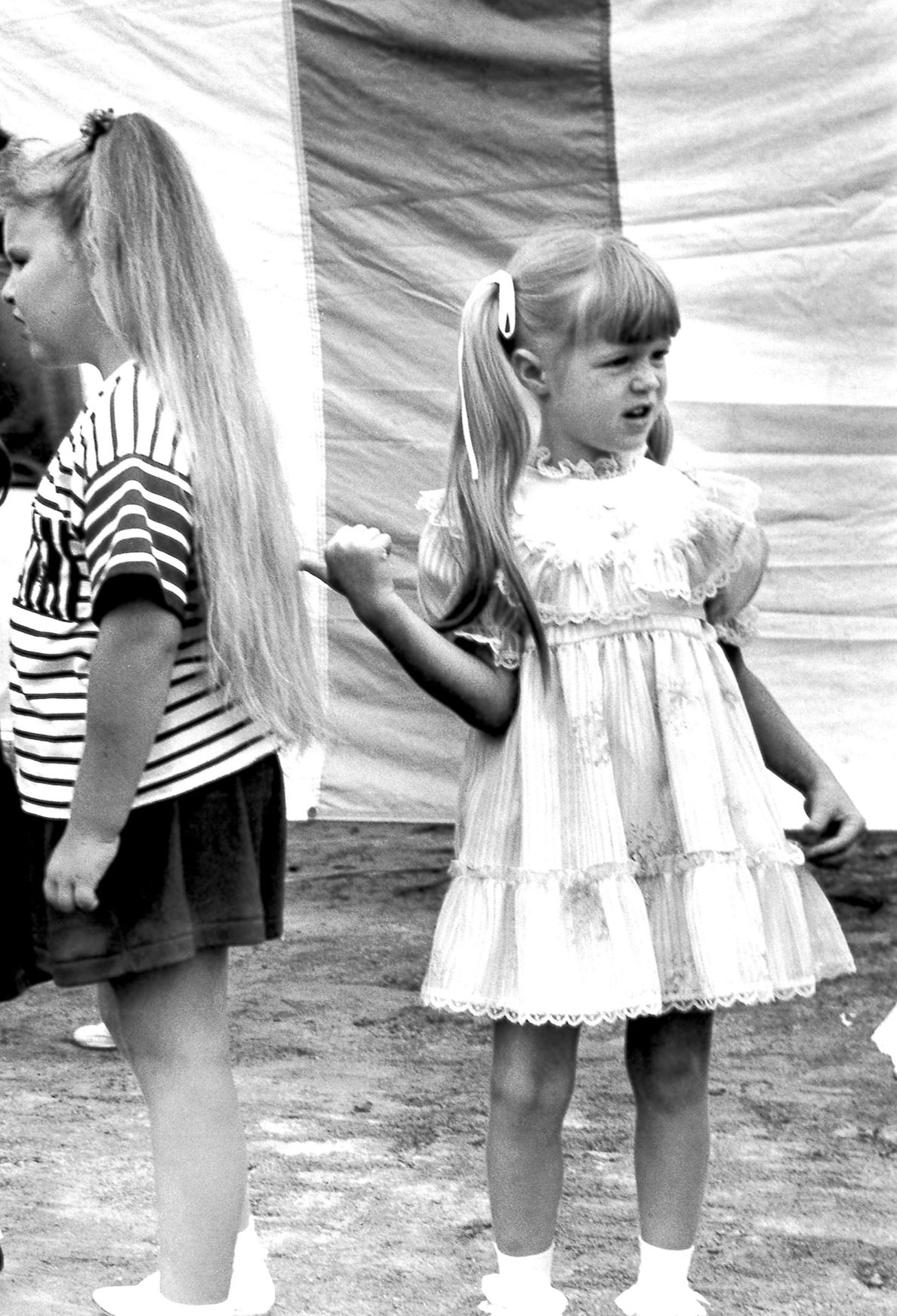 A Little Miss Pigtail Contestant is pictured in 1991. 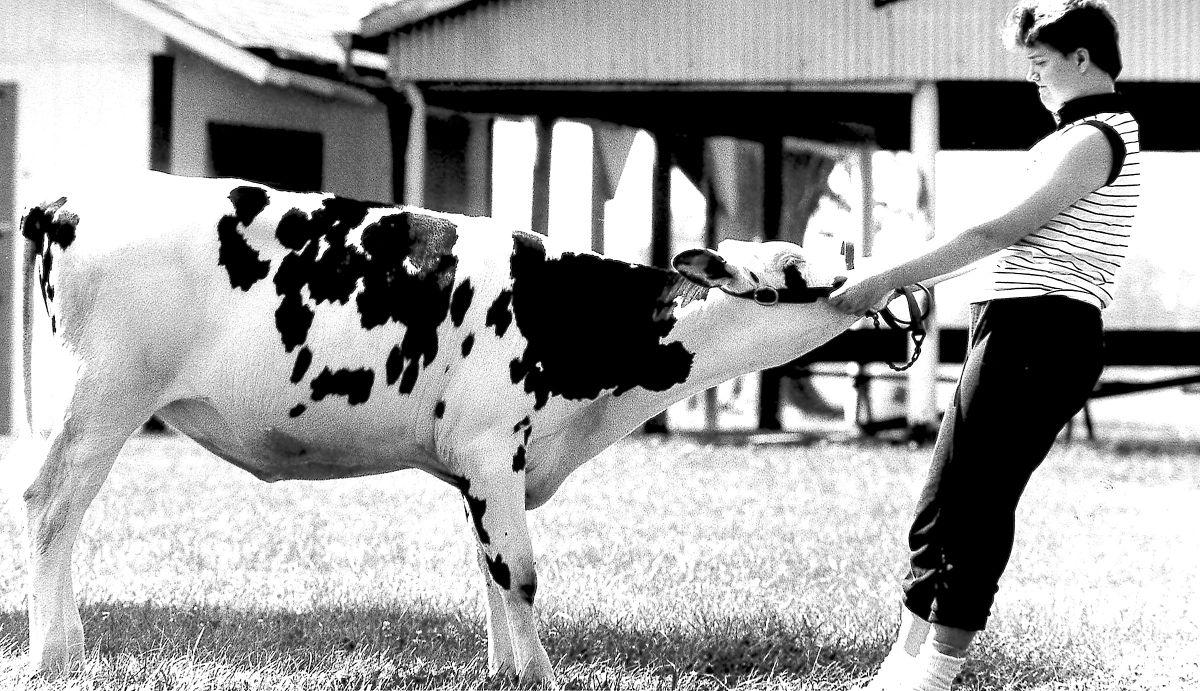 A 4-H member, struggles to lead a calf at the Effingham County Fair in 1989 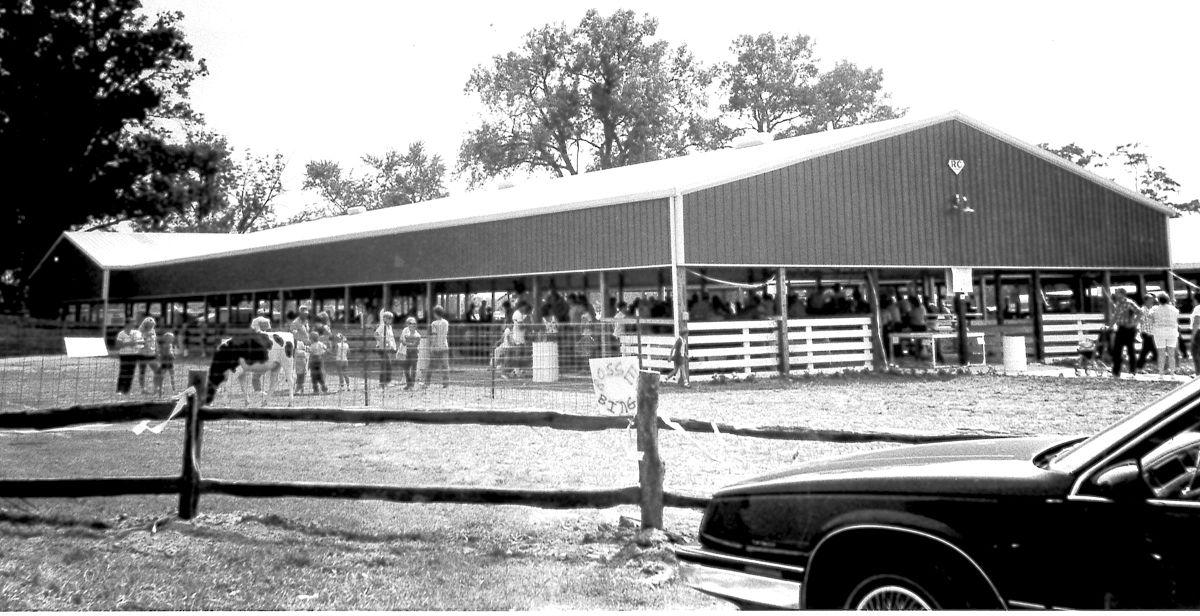 A picture of the 4-H show scene. 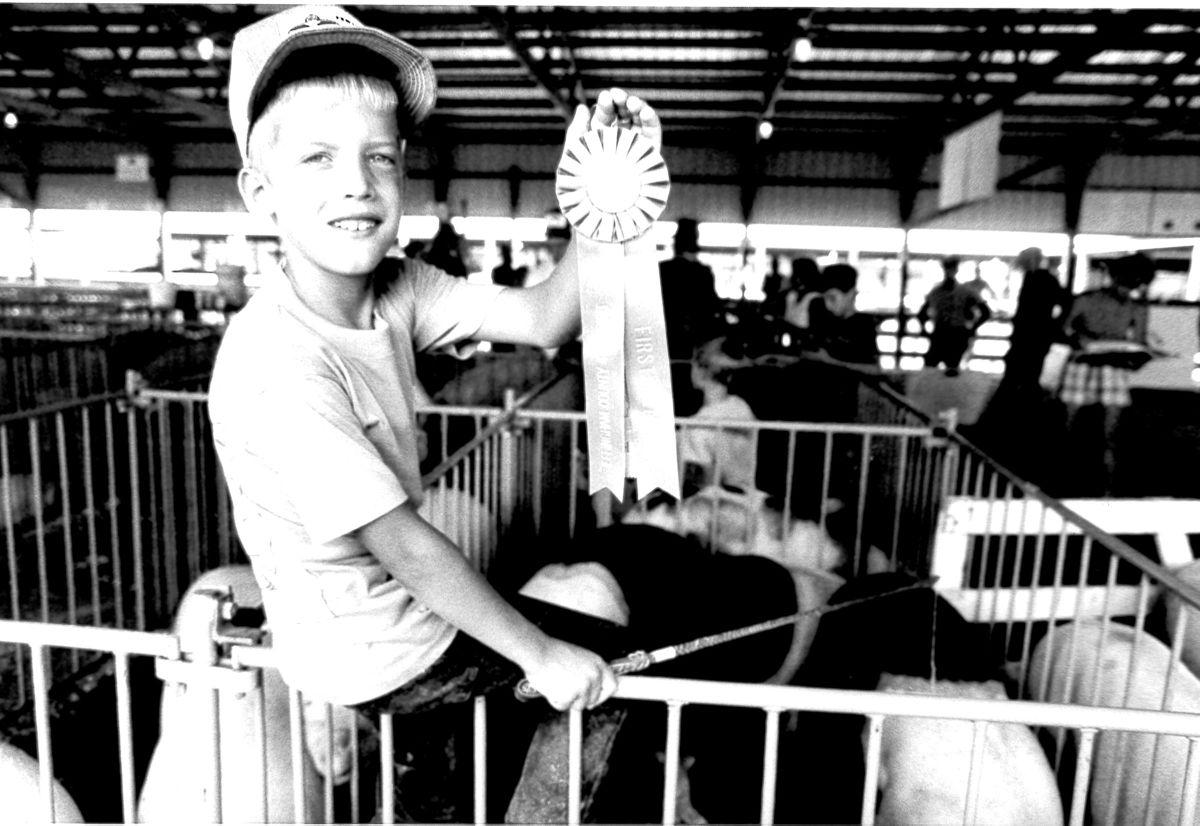 A 4-H winner holds his ribbon as he sits on the pigpen gates. 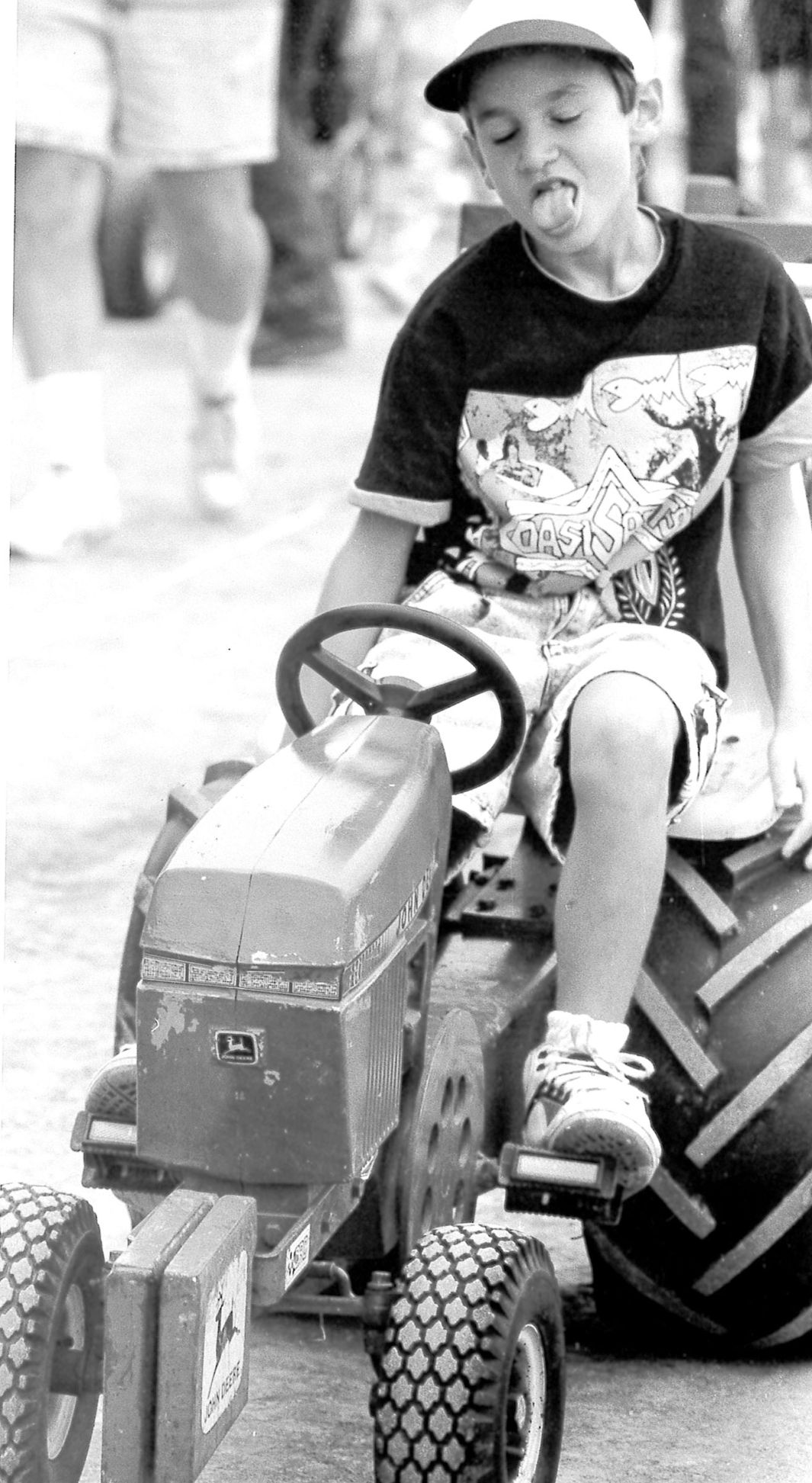 An aerial view of the fairgrounds taken in 1968.

A Little Miss Pigtail Contestant is pictured in 1991.

A 4-H member, struggles to lead a calf at the Effingham County Fair in 1989

A picture of the 4-H show scene.

A 4-H winner holds his ribbon as he sits on the pigpen gates.

Local historians say there was a fair in Effingham County as early as 1856. But the Effingham County Fair Association, which puts on the event today, didn't set up shop at the fairgrounds in Altamont until 1944.

The Effingham Agriculture Society held a county fair in Ewington from 1856 to 1862, according to a timeline posted on the Effingham County Fair Association website. After that, there were periods that saw more than one fair during the same year and other years when no fair took place at all.

Various organizations over the years sponsored fairs that bounced around from Edgewood to Effingham, Watson to Mason.

From 1904 to 1917, fairs were held on the current site of the Effingham County Fairgrounds. But World War I, the Great Depression and other factors ended fairs in the county until 1944, when the current fair organization formed.

According to local historian Alvin Oliver, having three facilities and land just waiting for use, the Effingham County Fair Association came together to create a stable fair on the already established fairground.

Today, the Effingham County Fair is known throughout the state as having one of the best county fairs in Illinois.

Dale Laue said the fair has always been a part of his life. Since his father served on the Effingham County Fair Board, Laue spent a lot of time as a kid at the fairgrounds.

“I’ve been at the fair all my life and I grew up at the fair,” Laue said.

Living in Altamont, the fair has always been conveniently located for his family. Laue participated in 4-H, where he showed cattle and hogs. He even met his wife, Carol, while at the fair. Now he serves as vice president of the Effingham County Fair Board.

Their children showed in 4-H, as well, and he and his family will continue to write their own history at the fairgrounds.

An additional tale of fair history is told by Carl Becker.

Becker similarly gained his passion for the fair at a young age, when he began showing for 4-H. Even though he lived in Fayette County, he was involved in Effingham County 4-H where he participated in livestock shows and always enjoyed watching the horse races.

Later, he served as a director for 23 years. His son, Jon Becker, served after him. The Beckers are also known at the fair for calling the horse races and demolition derbies. Another son, Kurt Becker, started out calling at the Effingham County Fair. He had learned from his father, and moved on to calling bigger events, such as the Kentucky Derby and for the Motor Racing Network.

Carl Becker attributed his son's success to his experience at the fair.

“Definitely a product of the county fair,” the elder Becker said.

“I learned to do your best and do better and better at the fair," Carl Becker said. "I like that kind of thing. It’s the American dream.”

Carl Becker and his family try not to miss a single day of the fair.

“There’s a great respect for agriculture, even though Effingham has a lot going, we are an ag community," Becker said. "Got a lot of people successful at showing livestock. The 4-H program is very strong. We have good input from others to make pretty strong competitive programs, which makes for a good program and that’s important.”

Becker said it seems there is more interest in motor-sports and less in the livestock, but he still believes there is great participation for the events.

“The county fair is a great thing and there’s nothing like it," he said. "We’re blessed in Effingham County with everyone. It's unreal, not another fair is like it.”

Becker thinks that even as state funding for fairs has been pulled, the Effingham County Fair will continue to thrive.

“I think it will all be resolved, agriculture-related entities will hold strong,” said Becker.