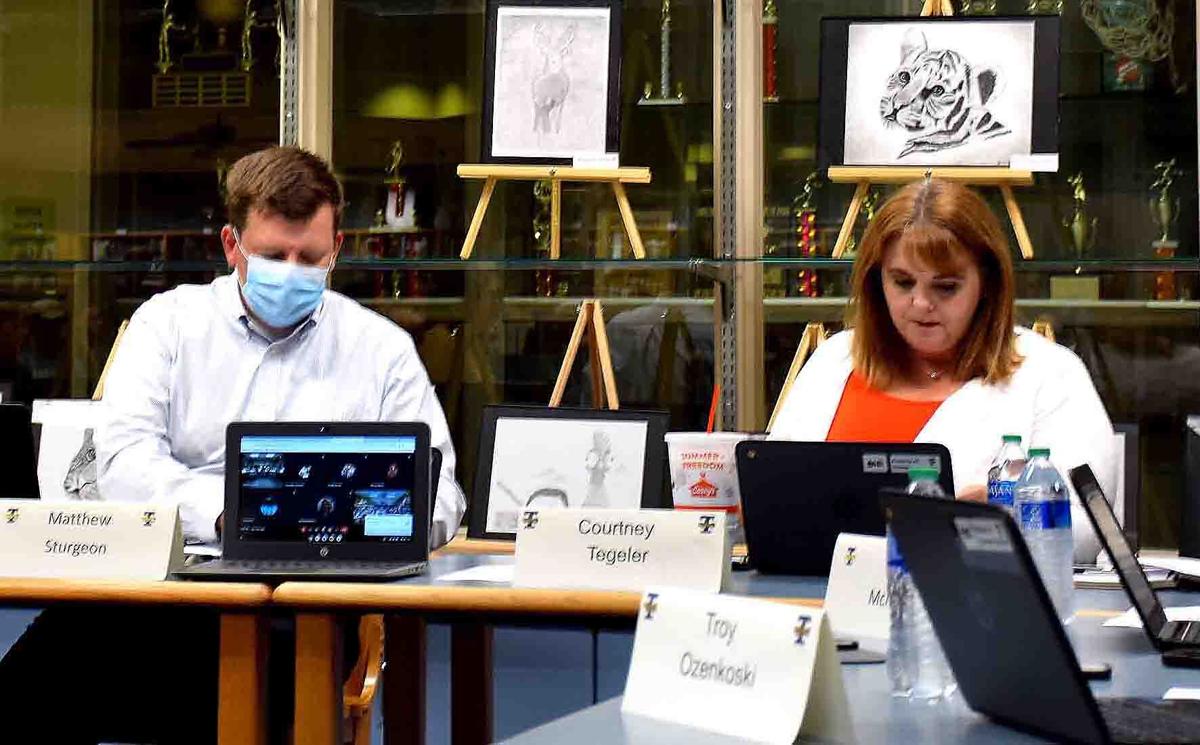 Matthew Sturgeon, left, the superintendent of Teutopolis Unit 50 Schools, and Courtney Tegeler, the board president, carefully consider their options Wednesday, Sept. 8, at a special district board meeting. The board reluctantly voted 4-1 to implement a mask mandate in line with that of the rest of Illinois. 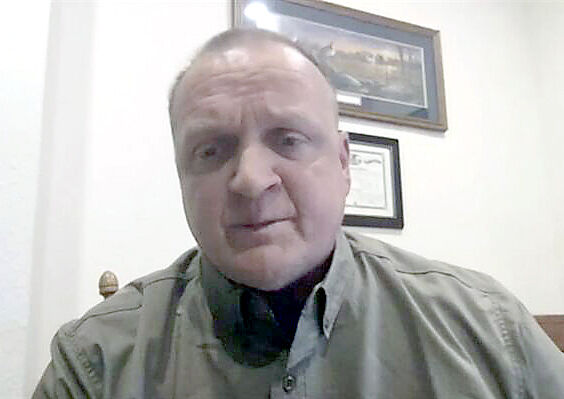 A judge has issued a temporary restraining order that allows three children in the Teutopolis Unit 50 School District to attend class without wearing masks.

The order in Effingham County Circuit Court is good for 30 days. A hearing on a preliminary injunction is set for 1 p.m. Oct. 14. 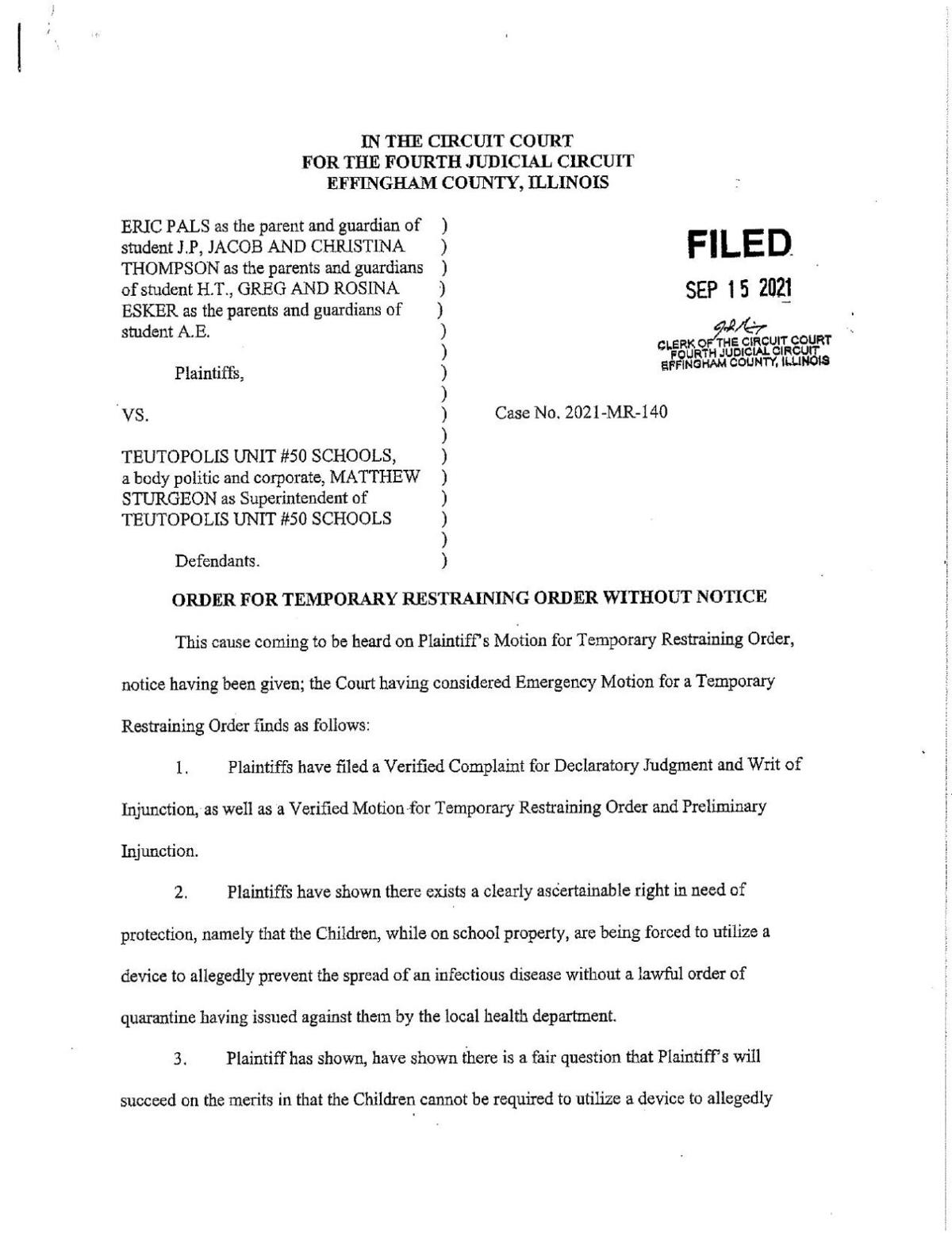 The order comes in the wake of an emergency motion filed by attorney Thomas DeVore of Silver Lake Group law office on behalf of Unit 50 parents Eric Pals, Jacob and Christina Thompson and Greg and Rosina Esker.

DeVore argued that the school district had no authority to enforce a “quarantine.” He said under Illinois law, a mask would be considered a device as defined by a modified quarantine.

He said the law states only a health department has the authority to enforce a quarantine — not a school board.

After initially only recommending masks, the Unit 50 school board on Sept. 8 reversed course and required them for all students and staff in order to comply with the Illinois State Board of Education mandate. ISBE then removed the district’s probationary status. State officials say continued defiance could have led to the loss of funding and state recognition of the district — meaning, for example, that diplomas issued by the district would not be valid.

The restraining order said children were forced to utilize a device to allegedly prevent the spread of an infectious disease without a quarantine order issued against the children by the local health department.

Effingham County Health Department Administrator Jeff Workman said his department was not informed about the temporary restraining order and preliminary injunction prior to Wednesday’s hearing.

He said the ECHD has reached out to the Illinois Department of Public Health to see if IDPH attorneys would get involved in the case.

DeVore told the court the children of the parents he was representing would suffer irreparable harm if they were refused access to their education unless they unwillingly utilize a mask to prevent the spread of an infectious disease.

Unit 50 Superintendent Matthew Sturgeon said in an interview Thursday afternoon that the district would adhere to the temporary restraining order for the three students.

“The Teutopolis Community School District and superintendent will comply with the temporary restraining order and we will also continue to evaluate our legal options,” Sturgeon said.

The order takes effect immediately and applies only to the three children of the parents who filed the lawsuit. DeVore said in a phone interview Thursday afternoon he may file a new lawsuit that would include every child in the school district.

Melaney Arnold, the public information officer for the Illinois Department of Public Health, would not address the order specifically when asked about it Thursday afternoon.

“The administration has routinely prevailed in court regarding public health guidance aimed at keeping Illinoisans safe during this global pandemic,” she said. “The best way to keep our kids in school is to follow this guidance and we will continue to closely follow the science and update the guidance as the science changes.”