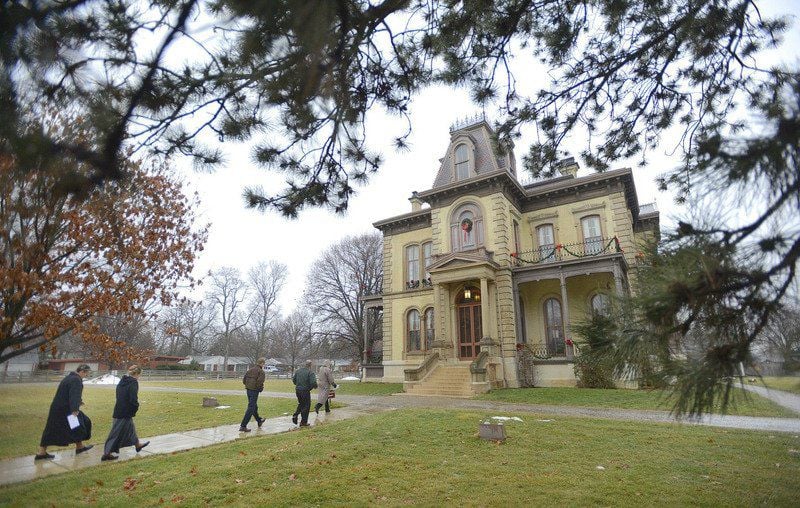 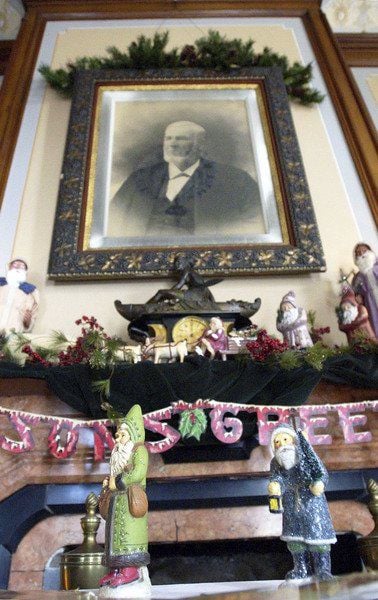 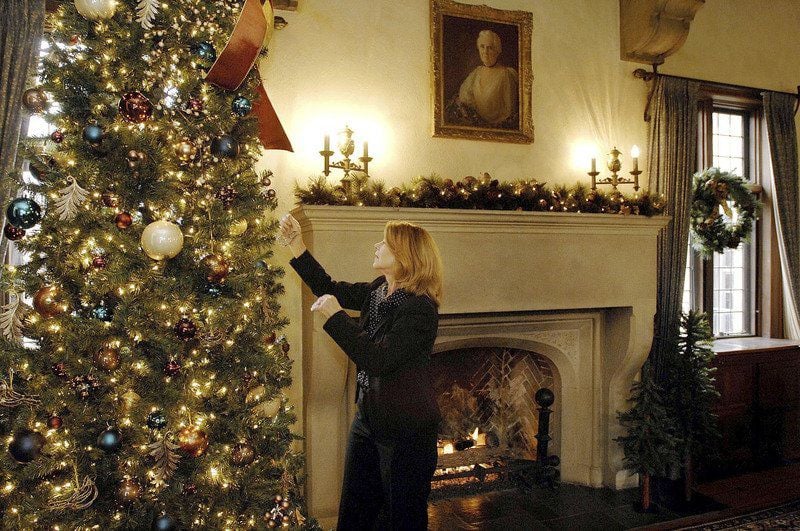 Grand manors make up the skylines of many Illinois communities, but the history encapsulated at the David Davis Mansion in Bloomington holds it above the rest.

Built in 1872 on Bloomington’s then east side, the mansion was home to Judge David Davis and his wife, Sarah.

Davis served as judge of the state’s Eighth Judicial Circuit Court where he met and befriended an Illinois attorney by the name of Abraham Lincoln.

“Davis and Lincoln rode the entire circuit together,” said Jeff Saulsbery, site manager for the mansion. “Davis had to ride the circuit because he was a judge, but Lincoln only did because he was driven to make something of himself.”

Saulsbery said the duo spent plenty of time together, which led to Davis acting as “one of the biggest political operatives” in Lincoln becoming president.

“What Lincoln did for the Circuit and what the Circuit did for him is a large part of Illinois history. His time in Central Illinois is what led to him becoming the 16th president of the U.S. and saving the Union,” said Guy Fraker, retired Bloomington attorney and Lincoln scholar.

At the Republican National Convention in Chicago in 1860, five candidates vied for the Republican nomination, including Lincoln, who was the least known candidate among the group.

“The judge (Davis) went to Chicago and secured hotel rooms for all the Illinois delegates and convinced them and others to vote for Lincoln,” said Saulsbery.

Davis and his team used other tactics to boost Lincoln’s name at the convention and after the final vote was tallied, Lincoln was named Republican presidential nominee for the general election.

Without Davis’s advocacy, Fraker said Lincoln would not have been named president.

“A lot of factors got Lincoln nominated, but the biggest factor was he had a friend like Davis who was a very skilled politician in 1860. That’s something we in Bloomington can be very proud of,” said Fraker.

Fraker also touched on a side of Davis and Lincoln’s relationship that he said “isn’t particularly appealing.”

“After Lincoln was elected president, there were two openings on the Supreme Court. All the lawyers who knew Davis told Lincoln to take care of him and give him a seat. Lincoln never responded to any of that and their mutual friends were quite critical of his decision,” said Fraker.

After a long wait, Lincoln finally appointed Davis as associate justice on the Supreme Court in 1862.

After Lincoln died, Davis said in a letter, “Lincoln was a peculiar man; he never asked my advice on any question. Sometimes I would talk to him and advise him; he would listen.”

Davis so strongly supported Lincoln because of his “incredible integrity and intellectual honesty,” said Fraker.

The David Davis Mansion was built after Lincoln was assassinated but, prior to his presidency, Lincoln visited the Davises at their previous home located on the same grounds in Bloomington.

“The barn on the grounds is original to that first house owned by the Davises and the stable is exactly as it was 150 years ago. So, Lincoln’s horse was stabled here in the barn,” said Saulsbery.

Other outbuildings still standing on the 4-acre lot known as “Clover Lawn” include a wood house, two privies, a foaling shed, a carriage barn and an original flower garden.

The mansion was well ahead of its time in terms of amenities. Indoor plumbing, hot and cold running water, central heat and gas lighting made up an impressive and modern estate.

The last ancestors of the Davis family donated the house to the state in 1960 and it was opened as a state historic site.

“The research into the history of the building started before a single brush of paint was put on the walls for restoration,” said Saulsbery.

The state initiated $2.58 million to use for restoration of the site and years of research and labor resulted in a grand reopening in 1992. Now, nearly 40,000 people tour the mansion each year.

In 2007, it was deemed one of the 150 greatest places in Illinois by the American Institute of Architects. The site is also on the National Register of Historic Places and is a designated National Historic Landmark.

“We are thought of as a museum, but we’re really an educational institution. You know the old adage: ‘You’re doomed to repeat mistakes if you don’t learn from history.’ That holds true today and it makes institutions like this more important than ever. We’ve got to know our past if we’re going to succeed in the future,” said Saulsbery.

The mansion grounds, at 1000 E. Monroe Drive in Bloomington, are open for public tours from 9 a.m. to 4 p.m. Wednesday through Saturday. Admission is free, but donations are accepted.

Visitors watch a brief video on the history of the mansion at the visitors center before joining a 50-minute tour of the home, which delves into the lives of David and Sarah Davis, Lincoln and the Irish-Catholic servants who worked in the mansion.

After a tour through two levels of the mansion, visitors can check out the gift shop and the 19th-century flower garden.

For information about special events and regular tours, visit www.DavidDavisMansion.org.