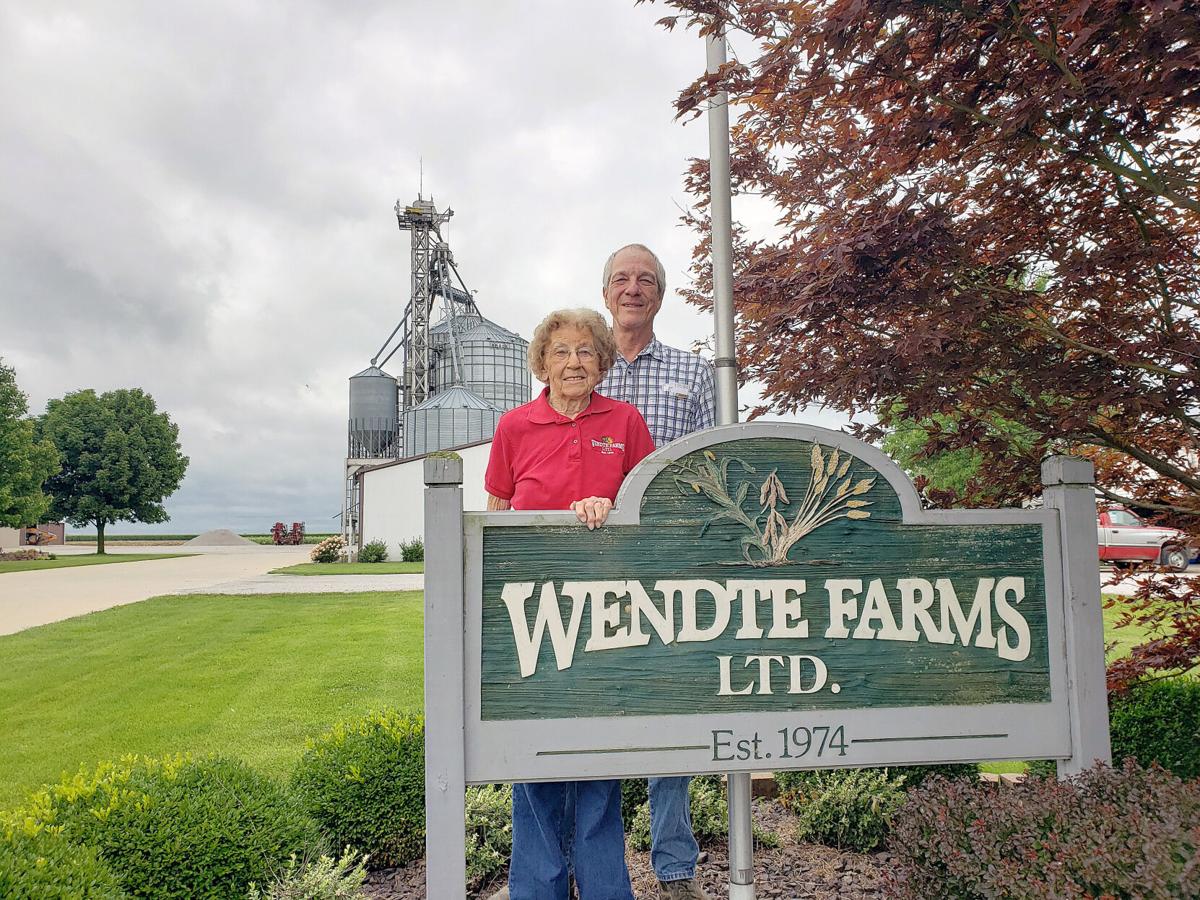 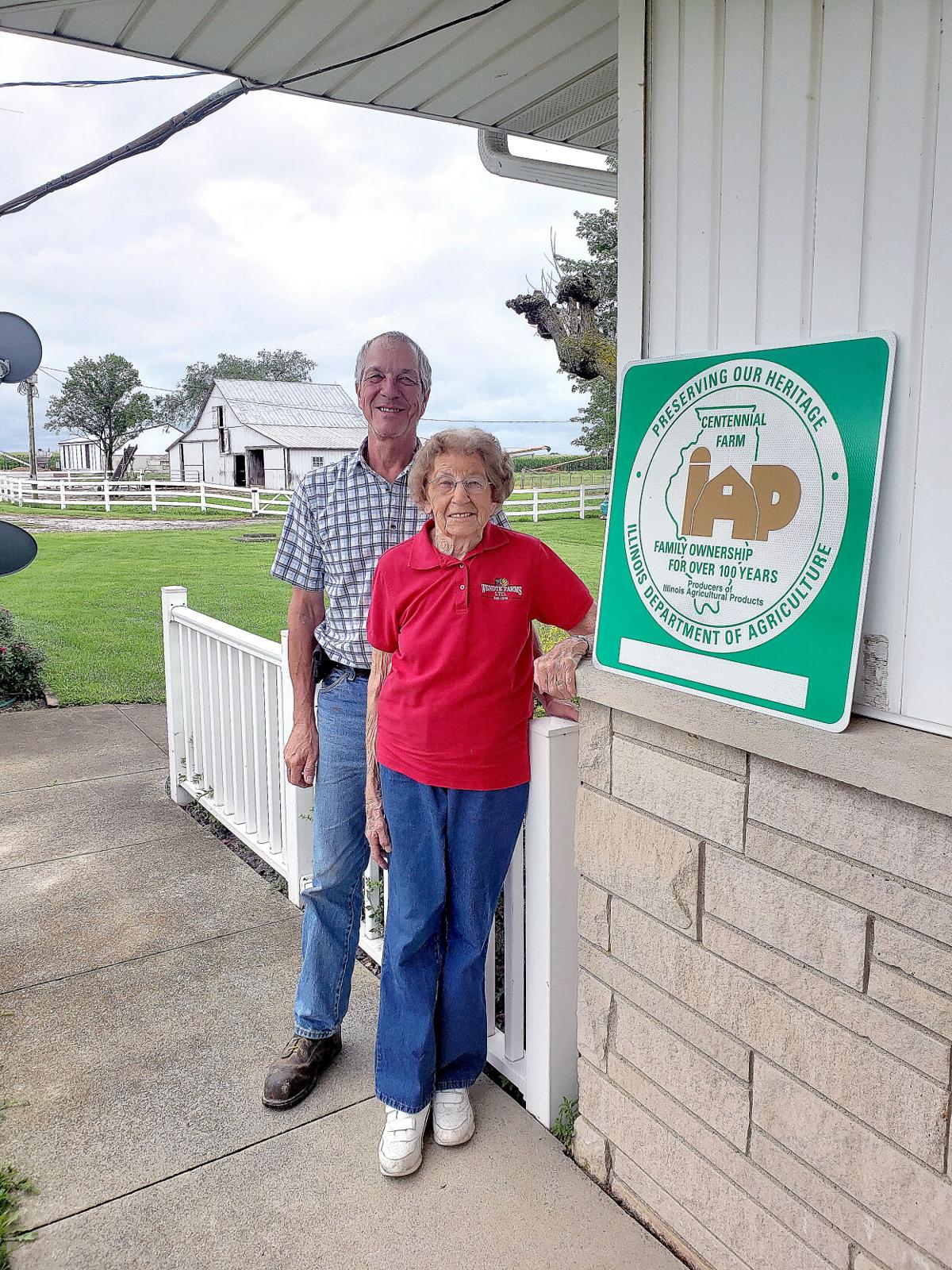 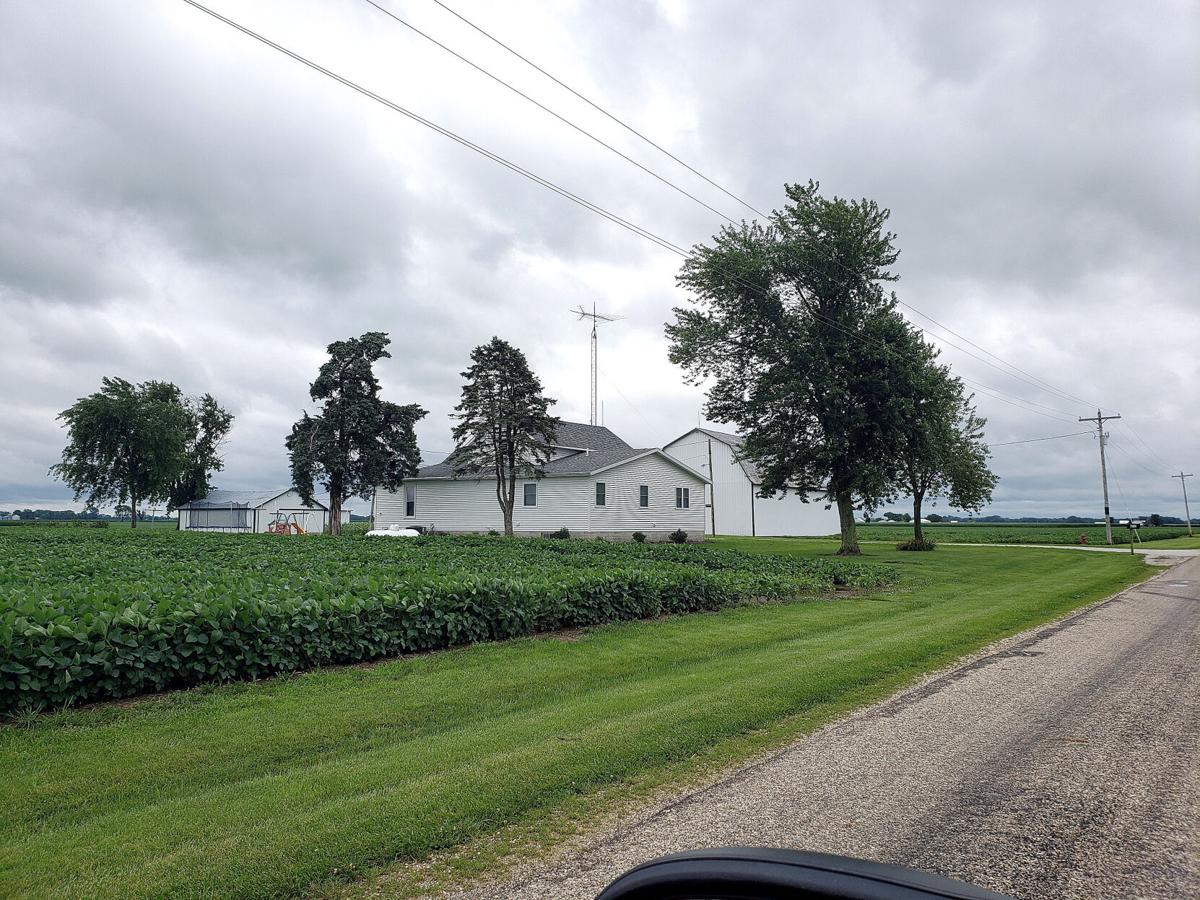 The farmland in Moccasin Township originally purchased in 1914 by the uncle of Doris Wendte, Herman Wachtel.

The farmland in Moccasin Township originally purchased in 1914 by the uncle of Doris Wendte, Herman Wachtel.

More than a century ago, Doris Wendte's grandfather was the first Effingham County farmer to apply limestone to his fields. It cracked the acidity of the soil.

An agricultural innovator of his day, he unloaded the limestone from rail cars by hand and transported it with horse-drawn wagons.

A slice of the family's sprawling farm in Moccasin Township north of Altamont has been designated a “Centennial Farm” by the Illinois Department of Agriculture.

Doris, 94, still keeps the books – on a computer, rather than by pencil as she did years ago.

Her sons Leon, Keith, Dennis and Roy Wendte all participate in the operation, which today is very different from when the family first worked it in 1914, when her uncle, Herman Wachtel, purchased the land. Her father, William, also farmed in the area.

“We didn't have any corn-pickers,” Doris said. “We had to shuck everything by hand. We had a hired man that lived next door to us. He shucked the corn every year. We didn't plant much corn in those days. Besides corn, we had beans and wheat. We also had dairy cattle.”

She says farming is a way of life.

“I wouldn't do anything else,” Doris said. “I just grew up there.”

Her husband, Walter, served in World War II and then started farming in 1951 when they got married. He passed in 2015. All but last two or three years he farmed.

“It's been a way of life for that many years,” Leon said. “Ever since I was a boy, that's what we did – worked on the farm.”

“His dad told him he could make more money doing something else,” Doris said.

And for a while, he did – but it was still related to agriculture. After Leon graduated from the University of Illinois, he was an ag engineer for the U.S. Department of Agriculture 33 years.

When he retired he began farming the family land full time with the youngest brother, Roy. Dennis is a lawyer and does legal work for the farm while Keith handles computer analysis.

“It's still a family farm,” Ldon said. “Roy's two daughters have married and both sons-in-law are involved in the farm.”

“She does all the accounting for the farm,” he added, nodding to Doris.

“Just because I can't get anybody else to do it,” she quipped.

“Most of my high school years were spent on a cultivator, cultivating beans and corn. The reason you spent all summer on it is you only traveled one or two miles an hour. And this was before the age of herbicides, so you relied on cultivation for your weed control.

“Weeds that the cultivator didn't get, the four boys got to go out with a weed hook and a hoe and pull them out by hand. So, we walked many an acre of beans.”

Today, almost everything is automated. The harvesting of corn and beans is all done with one machine. And it's done with a machine with an air-conditioned cab on it. Large and efficient, combines are computerized and auto-steered with GPS.

The Wendte family keeps detailed records of the approximately 30 field experiments they conduct every year, which Keith analyzes to determine the best yield.

“We evaluate any kind of new technology we want to try out, as far as fertilizer, insecticides, herbicides,” Leon said. “Varieties of plants. We're always trying something different. That's what makes it fun for me.”

They do a side-by-side comparison between hybrids, to see which does best and use that the following year. Precision farming allows farmers today to determine exactly where to apply fertilizer to the soil, the amount determined by lab analysis,

“We know what test level we want,” Leon said. “We know what the lab says we've got. So we add just enough fertilizer to bring it up to the goal. Instead of just going with one flat rate over the whole field, every two and a half acre grid gets a different rate. You vary the rate by the soil test. You increase the production of the entire field. Plus, if you don't put surplus on then you don't lose it with runoff water and pollute the rivers and streams.”

Doris said her grandfather, dad and uncle would have been impressed.

“They would love it,” she said. “They'd just be overwhelmed with everything now. Anything new – new technology or new plants – they just loved it. They were innovators back then.”