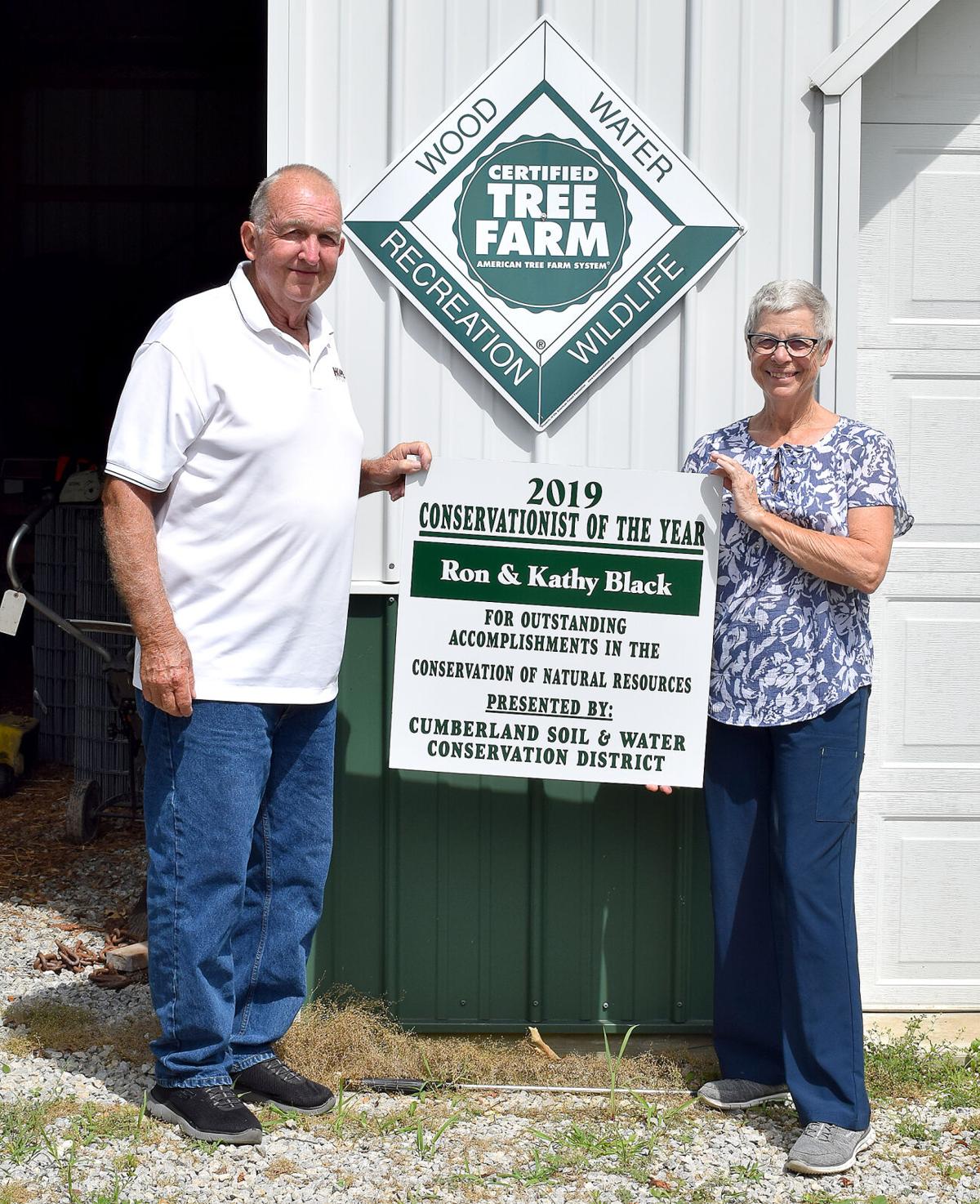 Ron and Kathy Black were chosen as the 2019 Cumberland County Soil and Water Conservation District Conservationists of the Year. The couple is shown at their homestead in Toldeo. 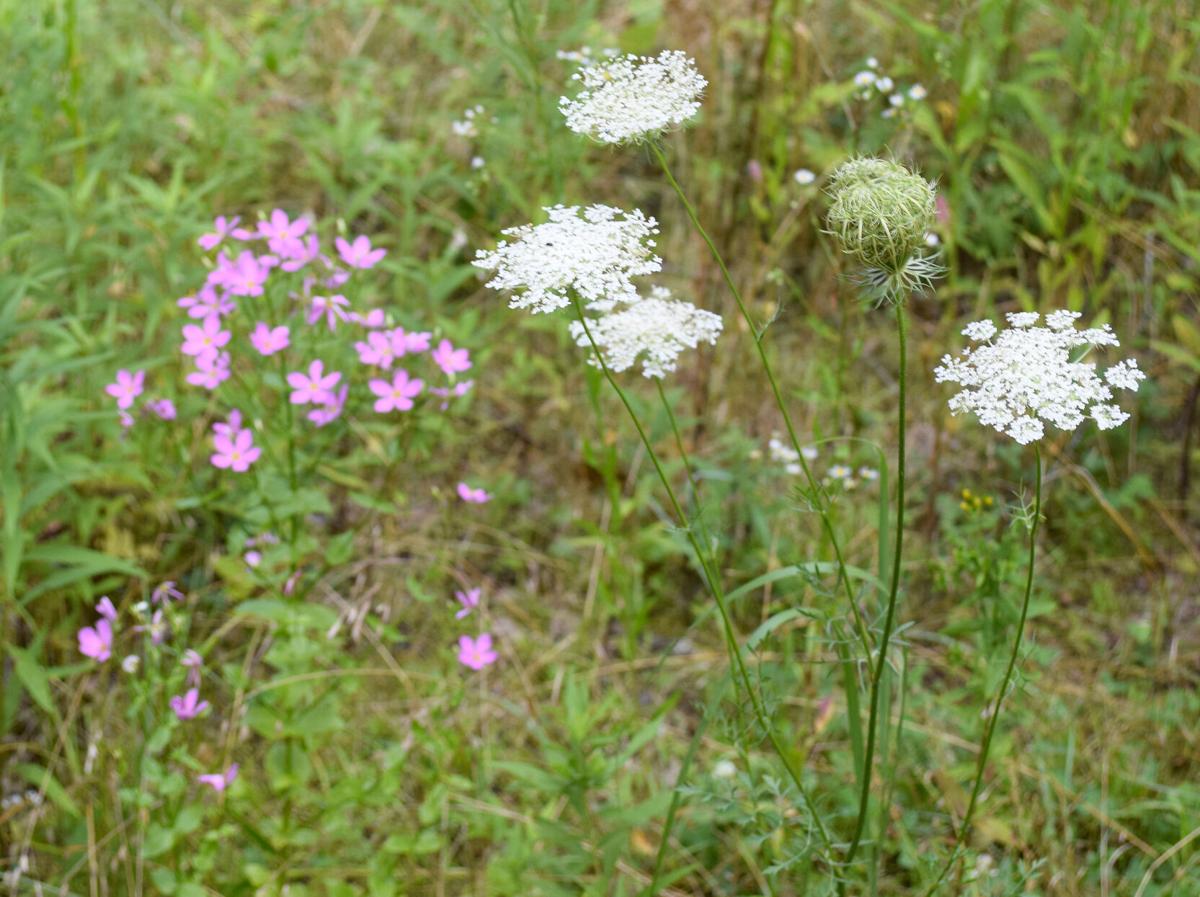 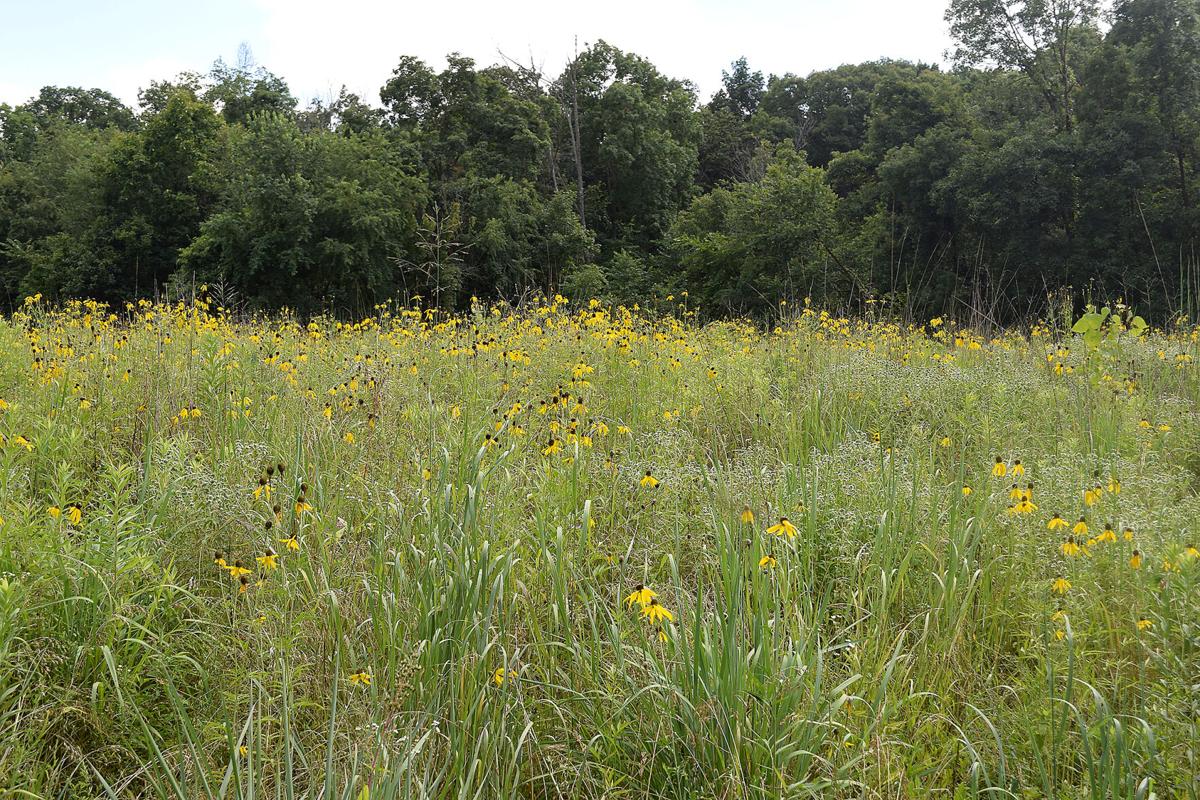 This field of coneflowers is part of Ron and Kathy Black's Toldeo property. Their land is part of the Cumberland County Soil and Water Conservation District's pollinator program.

TOLEDO — Ron and Kathy Black of Toledo say their conservation efforts have cultivated their own slice of paradise.

Their sprawling 80-acre homestead features a beautiful home, a horse and goat stable, rows of corn and a large lawn. Hidden within those 80 acres is the center of the Blacks' conservation efforts.

Portions of the Black property include fields of flowers and other plants for the Cumberland County Soil and Water Conservation District pollinator program and the quail program.

Those efforts have crowned the Blacks as the 2019 Cumberland County Conservationists of the Year.

The Blacks have always been conservation- and ecology-minded. Both grew up on Cumberland County farms and received bachelor's degrees in botany from Eastern Illinois University. Ron and Kathy are also former biology teachers who focused their classroom work on conservation and ecology.

"We've always loved being out in the woods, so it was just a natural evolution toward this kind of thing," Ron said of the couple's conservation methods.

The Blacks credit one of their Cumberland Community High School biology teachers with spurring their love for the environment and the plants and creatures that call it home.

Kathy fondly remembers one project in particular that sparked her ecology interests.

Ron said learning under professors at EIU led the couple down the conservation path as well.

"We had some great college professors too. They were ecologists. We learned a lot from them, also, and that was basically how it started," Ron said.

The couple got their first taste of farming in the early 1970s while Ron was serving in the Army and stationed in Germany. Ron served as commanding officer of a platoon in a then newly created North Atlantic Treaty Organization, or NATO, nuclear weapons unit.

Kathy moved to Germany with Ron. The German Air Force provided them housing for two years until Ron's service ended.

During that two-year stay, Kathy returned home for a family emergency and ended up purchasing 60 acres of woodland overlooking the Embarras River northwest of Greenup. Kathy then returned to Germany.

Ever the nature lover, Kathy's only access to the outdoors was a 15-by-8-foot balcony and a park across from their German apartment. Kathy said she stayed active outside by riding her bicycle, walking, and participating in the traditional German Volksmarch, a 10- or 20-kilometer trek through the German countryside.

After Ron's two-year Army service, the couple explored many European countries before returning to Illinois.

"It was the biggest adventure we ever had," Kathy said of their time spent overseas.

Back in Illinois, Ron and Kathy found the 60-acre woodland Kathy had purchased had just 18 acres of tillable farm land. The couple instead opted to enroll their 60-acre wood in the Illinois Acres for Wildlife program, marking the beginning of their conservation efforts.

Through the Acres for Wildlife program, landowners pledge their willingness to protect and provide habitat for wildlife on their land to the best of their ability.

The couple also initiated a timber management plan on the wooded property and enrolled it in a forest stand improvement program with the assistance of the Cumberland County district conservationist and the regional forester.

The Blacks' conservation efforts continued when Ron inherited 85 acres from his father. That 85 acres was the couple's first homestead and the place they raised their three children.

On that 85-acre property, the Blacks sought the help of the county soil and water conservation district to keep a waterway on their property from eroding, establishing a new grass waterway in its place.

The Black family moved away from Cumberland County in 1988 when Ron took a principal position at Hartsburg-Emden High School in Hartsburg, where Ron supported the school's agriculture program.

Ron later became the superintendent at Lovington and Oakland, where he continued to support local ag programs in the schools.

The family eventually returned to the area, with Ron teaching for a number of years in Dieterich and Cumberland school districts. Kathy taught in Lovington and Sullivan school districts as well.

Kathy said the focus of each of their classrooms over the years was to get their students into nature and have a hands-on experience with the environment.

"That 60 acres I bought, that was the centerpiece of a lot of the things you did in class in Cumberland," Kathy said of Ron's time teaching in Cumberland. "We took kids into the woods. I mean, that was the whole point is make them love it as much as we did really."

"When I started teaching and when Kathy started teaching, we had a focus on ecology and conservation. We'd take field trips down to that 60 acres and the kids would learn how to identify trees and which ones were the good ones and which were the bad ones along with fungi," Ron added.

The couple is now retired, and after returning to Cumberland County some years ago, they purchased an additional 60 acres at their current homestead in Toledo.

The conservation efforts continued on their Toledo property as the Blacks once again sought the SWCD's assistance with erosion control. Today, the couple has around 108 acres in various state conservation reserve programs, which include filter strips, the quail program and the pollinator program.

The Blacks also have 17.4 acres of timber enrolled in the Environmental Quality Incentives Program for forest stand improvement and the elimination of invasive plants.

Though the couple considers themselves retired, Ron remains active in the Lincoln Heritage Resource and Conservation Development program as the vice chairman and former chairman. He also currently serves on the Cumberland County board.

Kathy enjoys horseback riding on the couple's homestead, photography and swimming. The two also volunteer to help people with taxes through the Cumberland County Life Center.