Mark Goldstein’s yellow corn grain is being unloaded from his grain wagon into a grain cleaner before it can be used in the milling process. Charles Mills photo 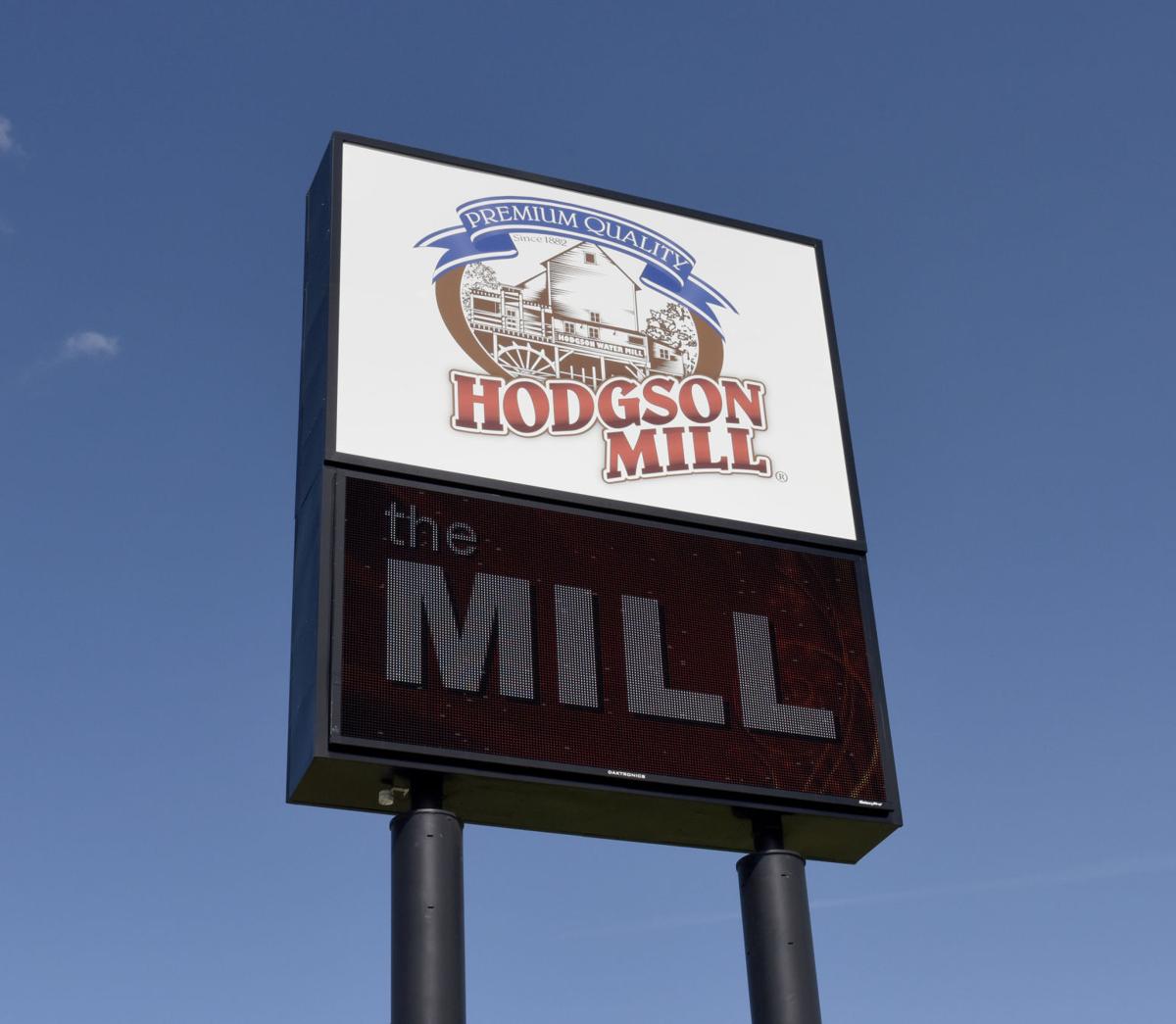 Mark Goldstein’s yellow corn grain is being unloaded from his grain wagon into a grain cleaner before it can be used in the milling process. Charles Mills photo

Brothers Bob and Mark Goldstein grew up on the family farm in Effingham County, which has been recognized by the Illinois Department of Agriculture as a Sesquicentennial Farm because it has been in the family for more than 150 years.

But about five years ago, Bob Goldstein asked his brother to try growing corn that is not genetically modified.

"Organisms whose genetic material has been artificially manipulated in a laboratory through genetic engineering, or GE. This relatively new science creates unstable combinations of plant, animal, bacteria and viral genes that do not occur in nature or through traditional crossbreeding methods."

There's been a lot of debate in recent years over GMOs and whether they are healthy. The discussion has created a demand for "non-GMO" among some consumers.

"My brother would always say, 'Why would I want to do that? It’s going to be a lot of work,” Bob Goldstein recalled.

Bob co-owns Hodgson Mill with his wife, Cathy. For years, they have been developing and adding non-GMO items to their product line as they saw the demand for non-GMO grain become greater. Today, Hodgson Mill offers 140 items with non-GMO certification.

After corn prices started to go down a couple of years ago, Bob’s idea of growing non-GMO crops became more appealing to Mark, who decided last year he would make his first attempt growing the non-GMO corn.

“I started out with 100 acres.” Mark said. “Some of the non-GMO actually yielded better than the GMO corn.”

Farming a non-GMO crop starts in the fall, after harvest, when Mark cleans out his combine and planter to stow away for the winter. The next spring with his clean planting implement, he first plants his non-GMO crop with non-GMO seed, followed by planting his traditional GMO crops.

Another cross-contamination precaution for growing non-GMO crops in a field next to a neighbor’s field planted with GMO crops is to make sure the non-GMO field is planted two weeks after the GMO crop is planted to avoid any cross-pollination that might cross over the field through the wind.

At harvest time, a grain bin exclusively dedicated to the non-GMO crop has to be cleaned out to make sure no GMO grains remained in the bin that might cause a cross-contamination problem.

Grain samples are collected after every non-GMO load is brought in for storage to the non-GMO bin and a mixture of the collected samples create a composite sample that is sent off to an accredited "Non-GMO Project" lab to get certified.

On Mark’s first attempt at producing non-GMO corn, Bob had Mark bring a sample to the Hodgson Mill lab for analysis by Hope Yingst, quality assurance manager, before submitting the sample for a costly lab test to be performed by the Non-GMO Project lab.

Can a layman determine the difference?

“It’s no different than any other corn. It looks the same … and you can’t tell the difference,” Mark said. “As far as chemicals are concerned, you treat it the same as any other corn and it’s painless really.”

Mark transfers his grain from his non-GMO bin to a dedicated grain wagon, hooks up his tractor and makes the trek across town to Hodgson Mill. When the grain arrives at the mill, another test is made by the Hodgson Mill lab to make sure the grain meets the Non-GMO standard.

Upon the successful testing of the grain, it can be unloaded from the wagon. The grain from the wagon is fed through a grain cleaner that separates all of the dust and dirt, cob pieces or any other foreign material away from the usable grain.

According to Bernard Vahling, head of milling and receiving, Hodgson Mill has 14 different bins for storage and a truckload of grain is approximately 50,000 pounds. Each bin can hold two truckloads of grain that has gone through the cleaning process.

The clean grain is stored in the storage bins until it is needed for milling.

Mark’s wagon holds a little over a half-truckload of grain weighing approximately 27,000 pounds. Vahling says close to 400 pounds from the 27,000 pounds of yellow corn will be waste after the grain cleaning process.

The waste is collected and transferred to a special storage unit outside of the building. The usable grain will be stored until it is needed for milling.

The product then travels through another magnet into the sifter. Large particles that don’t get sifted out go to a hammermill then back through the system and the usable product is prepared for packaging and distribution.

According to Bob Goldstein, Hodgson Mill products are distributed both domestically and internationally.

“We are on all military bases around the world and we do export business into Mexico, Dubai, India, Saudi Arabia, Indonesia and around the world through specialty export brokers. “ Goldstein said. “Also in the United States, we have five regional salesmen.”

Two years ago, Hodgson Mill built a retail store called “The Mill,” because the business was looking for a brand identity, according to Goldstein.

“Hardly anyone who comes through knows that Hodgson Mill is in Effingham, Illinois,” Bob Goldstein said. “So, I decided four or five years ago to start looking at different ideas on how to promote our brand and this (The Mill retail store) is what we built.”