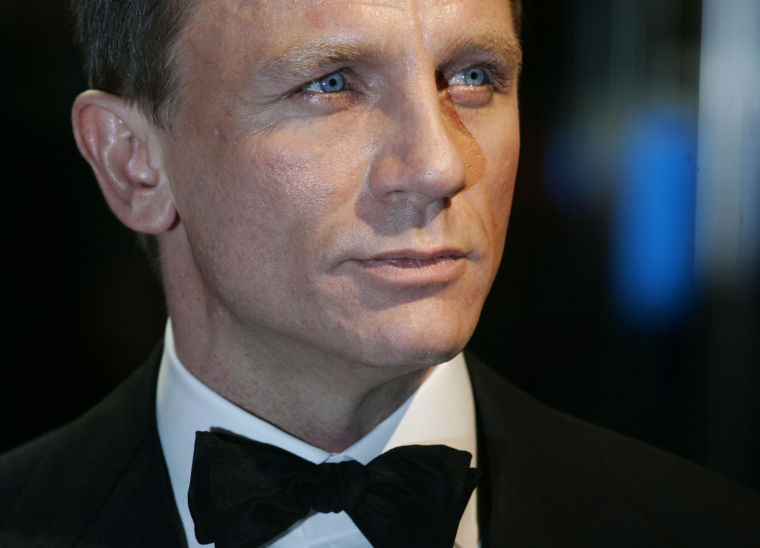 Blue eyes and blond hair aren't the only thing different about this Bond. (AP Photo/Alastair Grant) 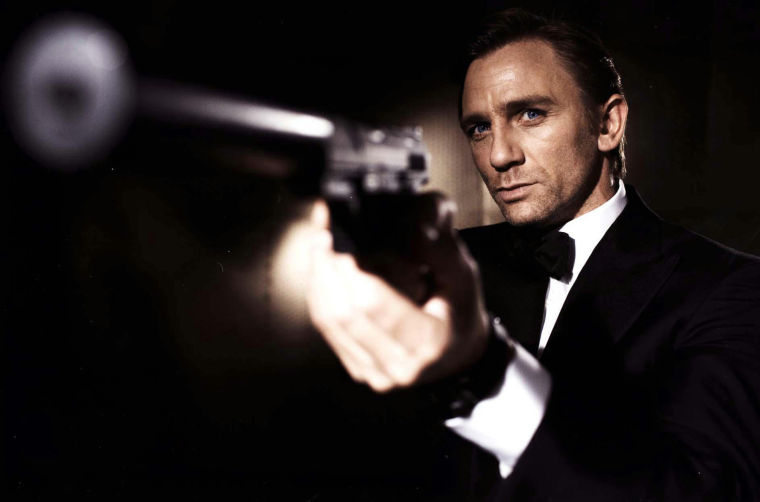 Blue eyes and blond hair aren't the only thing different about this Bond. (AP Photo/Alastair Grant)

LOS ANGELES (AP) — James Bond was first introduced by Ian Fleming in the 1953 book ‘‘Casino Royale’’ and since then the brutally seductive Agent 007 has captured the public’s imagination enough to become the world’s most famous fictional spy. Fleming wrote more than a dozen books featuring Bond and the franchise has spawned a U.S. television show, numerous movies and even video games. Bond is back and he’s come full-circle with a new big-screen version of ‘‘Casino Royale’’ -- the 21st Bond film -- that tells how he gained Double-Oh status. But things aren’t exactly the same this time around. Here’s a rundown on what’s new and different about Bond: ——— BOND IS BLONDE Fleming describes Bond as having grey-blue eyes and an unruly short lock of black hair that forms ‘‘a thick comma above his right eyebrow.’’ That image of Bond was reinforced in film when 007 was portrayed by dark-haired actors Sean Connery, Timothy Dalton and Pierce Brosnan. The newest Bond is British actor Daniel Craig who is -- gasp -- blonde. Craig’s Bond, however, is the closest to Fleming’s original character, who is equal parts suave and savage. THE BIG GAME Bond in the book wades into a high-stakes game of baccarat against Le Chiffre, a desperate Soviet paymaster who needs to recoup some 50 million francs after the chain of brothels he bought with the Kremlin’s money becomes worthless. In the movie, baccarat becomes a Texas hold-’em poker match with a $10 million buy-in and the updated Le Chiffre finances terrorists around the world. THE BOND MOBILE Bond is a loner whose only personal hobby is his battleship-grey convertible coupe. In the book, Bond’s personal car is one of the last 4.5-liter Bentleys with a supercharger that he bought almost new in 1933. Bond kept it in storage during the war and has it serviced annually in London by a former Bentley mechanic. It’s a gadget-less vehicle, with the exception of the long-barrelled Colt Army Special .45 hidden under the dashboard. In the new movie, Bond is first seen behind-the-wheel of a presumably rented 2007 Ford Mondeo. Really. Craig’s Bond also wins an Aston Martin DB5 in a poker game and later gets a new Aston Martin DBS from headquarters that has the ultimate first-aid kit in the glove compartment. The Aston Martin has been Bond’s vehicle of choice in many of the films. TORTURE In a chapter called ‘‘My Dear Boy,’’ a naked Bond is strapped to a chair with the seat cut out and Le Chiffre pounds on his private parts with a 3-foot-long cane carpet beater. With the exception of his groaning and screaming, Bond keeps mostly quiet while tortured and wonders to himself whether he can make it through the ‘‘parabola of agony.’’ The film version sticks close to the book with a heavy knotted rope replacing the carpet beater and the film Bond has enough strength to mock Le Chiffre. The torture scene was cut to secure a 12A rating from the British Board of Film Classification after it advised that an unfinished version ‘‘placed too much emphasis on both the infliction of pain and the sadism of the villain.’’ The movie is rated PG-13 in the United States. RUNNING In the opening action sequence -- which, like most ‘‘Bond’’ flicks, is essentially a stand-alone set piece -- there are lots of guns and explosions. Of course. But there’s also ‘‘free running’’ through a construction site and embassy. This urban ‘‘sport’’ of sorts involves using forward momentum to smoothly move up, through and around obstacles. It was popularized in recent years in France by guys like Sebastien Foucan, who plays a bad guy trying to escape Bond. There is no such scene in the book; this is one of the producer’s few nods to the (international) youth market. Where else can you see free running? In the French action film ‘‘District B13,’’ on Madonna’s world tour, and -- of course -- on YouTube (type in ‘‘parkour’’ and click away). GADGETRY You know you’ve updated Bond when M uses Google to find a terror target. Yes, the inescapable search engine makes its first appearance in a Bond film in the midst of the second big action sequence, at the Miami airport. And there is the matter of the microchip implanted in Bond’s skin. Very 21st century, that. Medical ethicists are fussing over whether such chips should be used widely to track patients’ medical records or if they’re too invasive. In this case, M simply lets Bond know she wants to keep better track of him. As you’ll see in the film, it comes in handy.