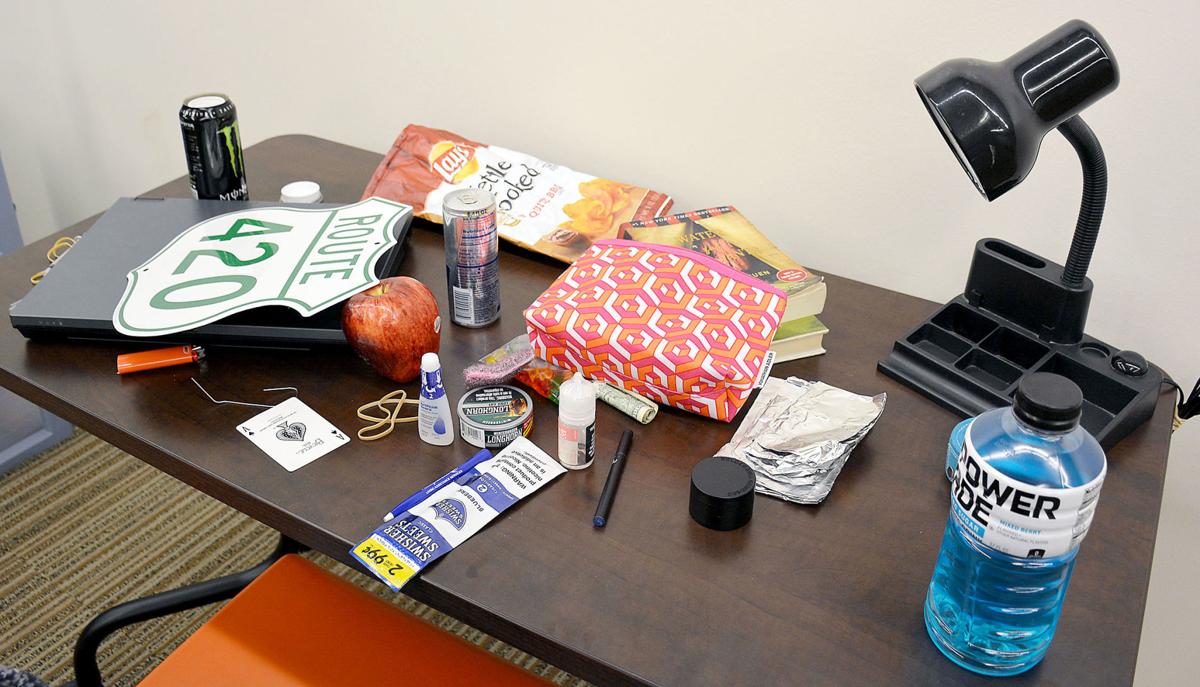 Shown are drug-related items that young people can hide in a variety of ways in their rooms or on their desks, as shown in this simulation. 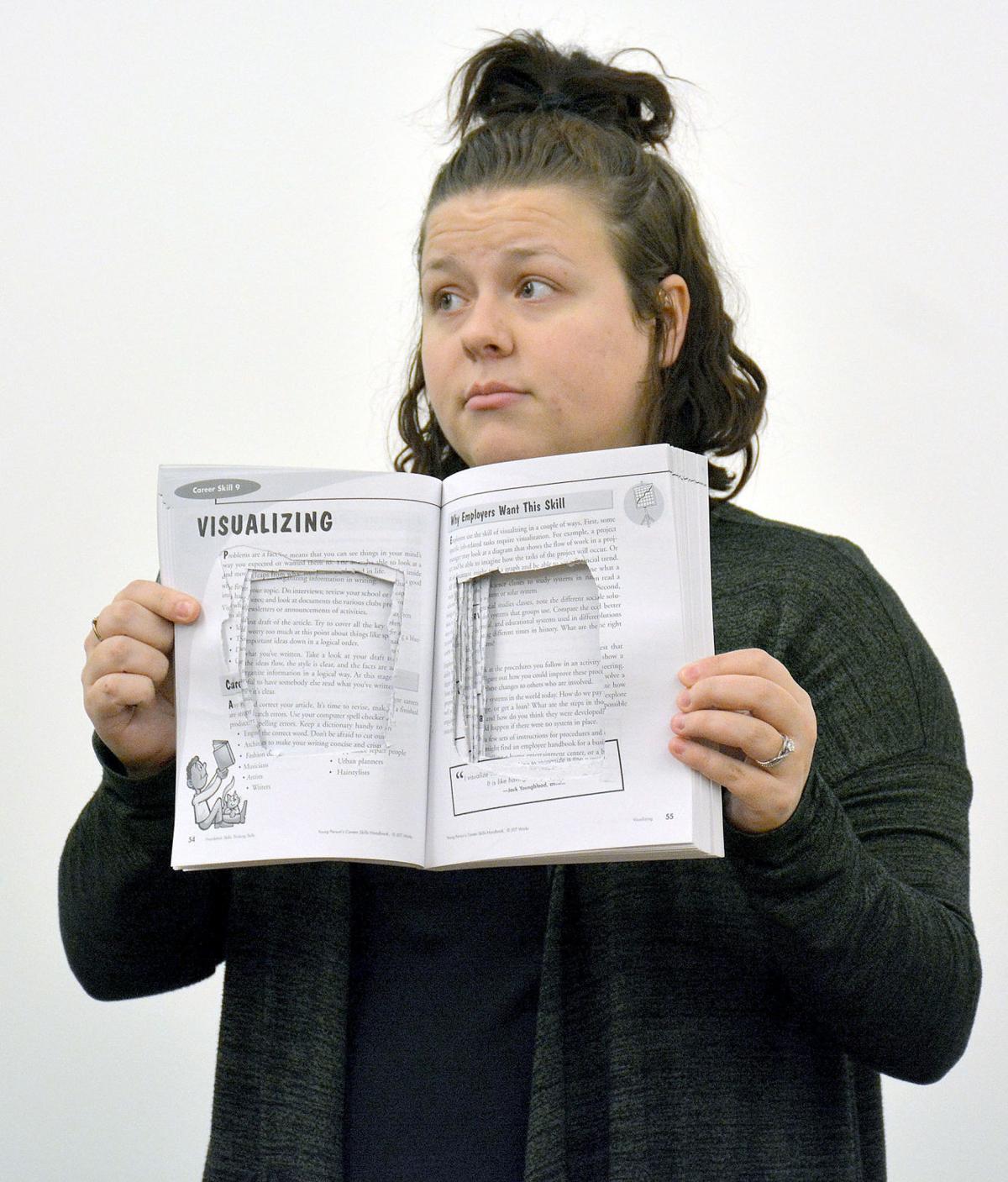 Shown is a mock-up of a teen’s bedroom. The simulated space was used to demonstrate places youth can hide drugs or paraphernalia.

Shown are drug-related items that young people can hide in a variety of ways in their rooms or on their desks, as shown in this simulation.

Shown is a mock-up of a teen’s bedroom. The simulated space was used to demonstrate places youth can hide drugs or paraphernalia.

EFFINGHAM — A pillow case. An energy drink can. A reusable water bottle. These are just a few items that can be found strewn in a teen’s room, but at times, these ordinary things can be hiding something dangerous.

Heartland Human Services Substance Abuse Counselor Jeannetta Workman stressed this point Monday during a presentation at the Effingham Public Library on “disguised disasters,” or ways teens can hide their drug or alcohol use.

Workman presented a mock-up of what looked to be a typical teenager’s bedroom. The faux scene was littered with piles of clothing, empty chip bags, a messy bed and desk and more.

“At first glance, it looks just like a teenager’s bedroom, and that’s what we want it to look like until we find all the things that are hidden in here,” Workman said before uncovering drug- and alcohol-related paraphernalia in the room.

Workman showed the small audience hidden drug supplies inside a pillow case, cosmetics bag, zipper pouch and even a fake Monster energy drink can complete with a screw-top lid, something Workman said can be easily ordered off of Amazon.

Everyday items like pens, soda bottles and a whipped cream canister can be used as inhalants or as vessels for drugs like marijuana. Workman said young people will often take apart plastic pens, insert marijuana and smoke it out of the pen body.

With pressurized cans of whipped cream and air duster, Workman said the air inside can be used to get high. Empty tanning lotion bottles and reusable water bottles can be used to store alcohol in a discrete way as well.

Workman said if a parent suspects their child might be hiding drugs, paraphernalia or alcohol in their rooms, their approach may depend on their end goal.

“Some parents are looking for a way to get their kids in trouble. Others, it’s coming from a place of concern, so sometimes I think that difference is important,” Workman said. “You want to see if they’re being honest. It really also is what you’re wanting to get out of it. At some point, you will have to confront them with it, and they don’t need it, so confiscating it is I think an important piece, too.”

Workman said in her line of work, she sees children as young as 11 years old who have tried drugs like marijuana or who have been caught with paraphernalia. She said junior high to high school adolescents are usually the ones she sees trying a drug for the first time.

After confronting a child and possibly confiscating paraphernalia, drugs or alcohol, Workman said a parent can utilize a variety of resources that are in Effingham or are nearby, including Heartland Human Services.

“We don’t recommend them a lot just because they’re not typically effective. Kids, when you put them together, tend to cause more issues as a team. It’s something that we find one-on-one therapy is really more effective than rehabilitation, but if you have a child severe enough, then it’s a little bit of a different story,” Workman said.