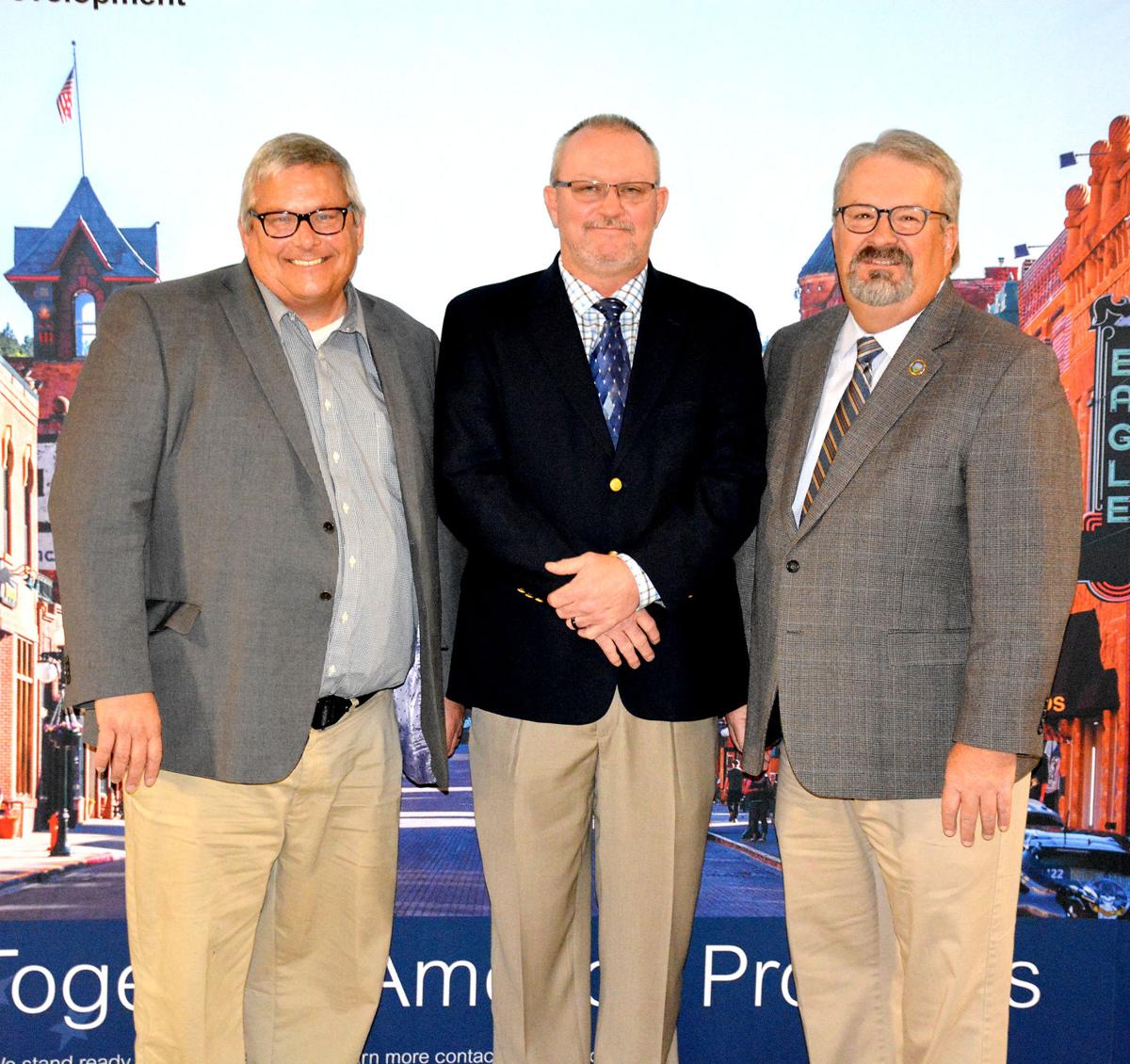 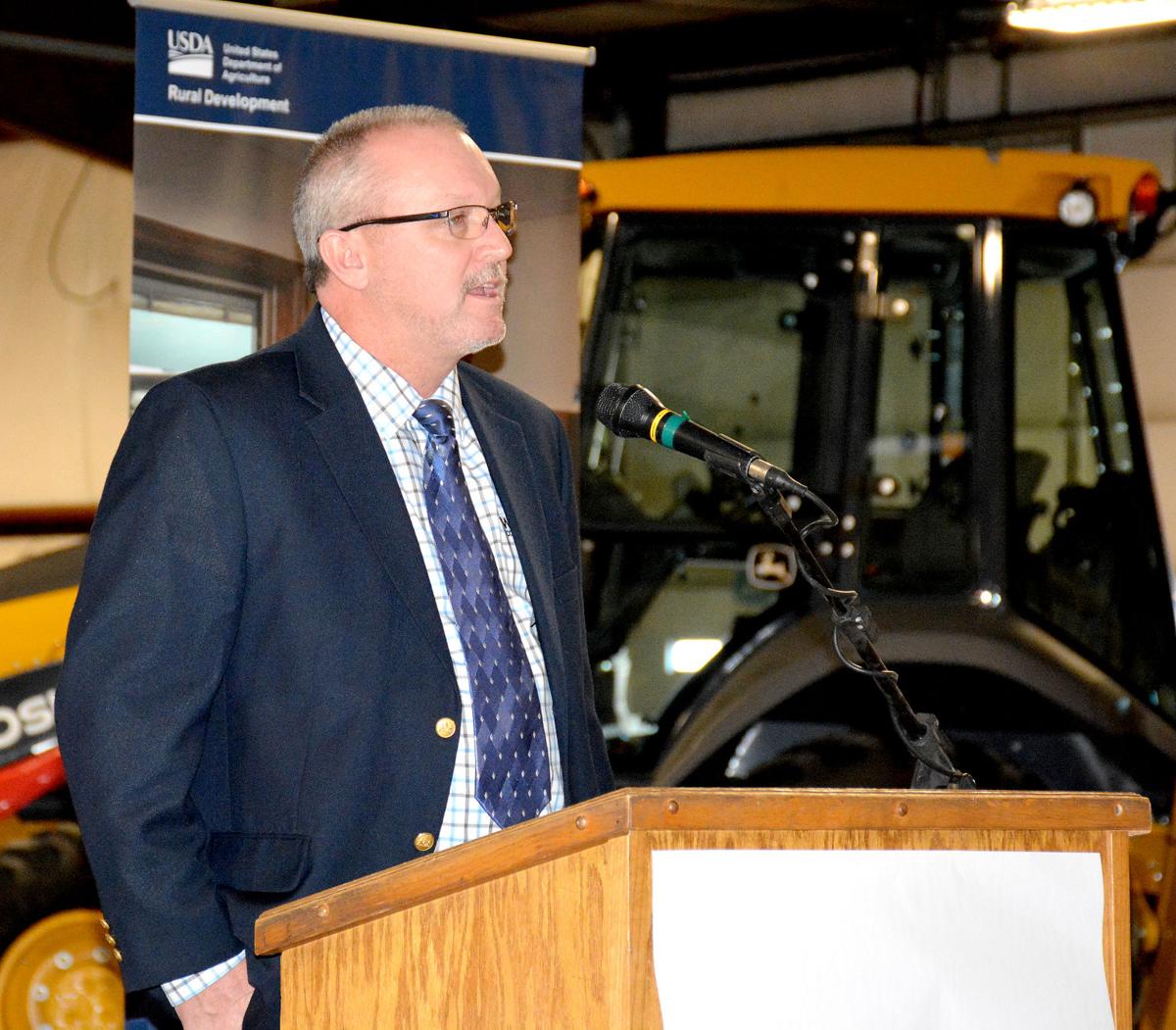 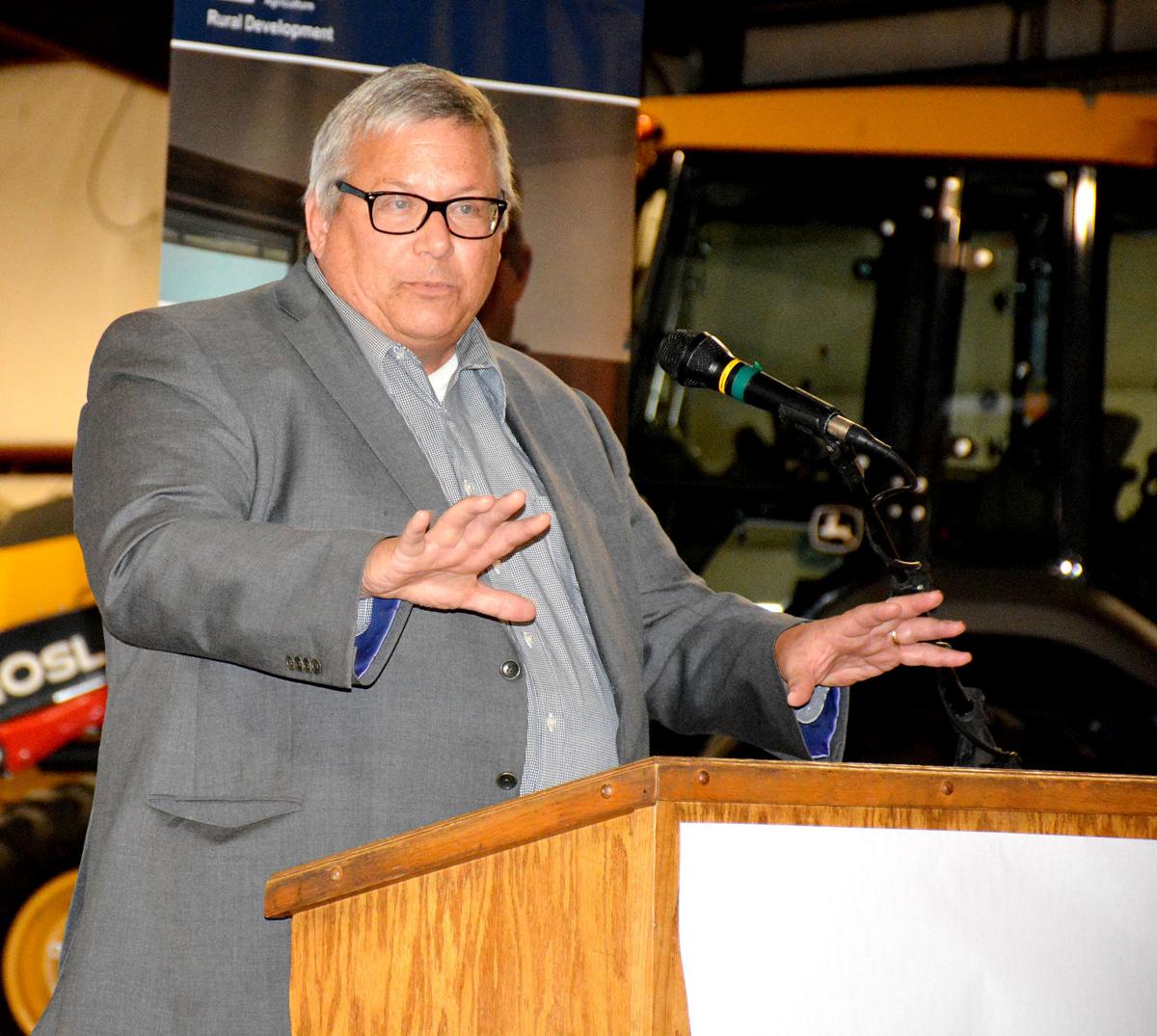 USDA Under Secretary for Farm Production and Conservation Bill Northey speaks to a crowd gathered at the Wabash Telephone Cooperative Warehouse facility Wednesday in Louisville.

USDA Under Secretary for Farm Production and Conservation Bill Northey speaks to a crowd gathered at the Wabash Telephone Cooperative Warehouse facility Wednesday in Louisville.

LOUISVILLE – USDA Under Secretary for Farm Production and Conservation Bill Northey made a special trip from Washington DC to announce a $12.8 million loan-grant combination in southern Illinois.

Wabash Telephone Co-op of Louisville was the first Illinois entity to receive a loan-grant combination under the Federal ReConnect Pilot Program. Congress passed an appropriations bill in March of this year making available $600 million in loan-grant funds to the United States Department of Agriculture for broadband infrastructure expansion and services in the rural areas.

“The opportunities I think are exciting,” Northey told a crowd gathered in Louisville for the announcement.

“Congratulations to Wabash for stepping up and making the commitment to be able to serve more folks in this area,” Northey said. “I am certainly proud to able to make the announcement official of a $12.8 million dollar loan/grant combination to expand broadband service and high speed wireless to folks in Jefferson and Wayne counties.”

There are many areas of the country that do not have access to broadband service, according to Northey.

“These dollars came about from USDA Secretary (Sonny Perdue) and the president talking about a need to invest in rural America and providing a framework,” Northey said. “Congress stepped up with $600 million to be able to invest. That may sound like a lot of money until you start looking at the whole country and the kind of investment it takes to be able to address those under served areas and in some cases completely unserved areas across the country.”

Northey said there were $1.4 billion worth of applications for the $600 million and a very competitive process.

“Congratulations to Wabash and team for putting it all together,” Northey said. “And to the Illinois RD (Illinois USDA Rural Development) folks who made sure the package was put together the way it needed to be. And certainly congratulations to the folks who will be served.”

Northey said broadband is essential to agriculture today. He said once broadband is available to the rural community it will be a lot like electricity availability to rural areas that was non-existent in many years past.

According to Northey, with advancements of existing and future farming technology broadband infrastructure will become even more important to the farming community.

Wabash Communications Co-op Executive Vice-president/General Manager Barry Adair was pleased with the governments’ decision to choose his project for funding.

“We get a 50 percent grant from our U.S.,” Adair said. “And the other 50 percent we have to either put our own money in or borrow the money.”

“We have to use the capital towards the infrastructure,” Adiar said. “We cannot used for just anything. It has to be for the specific project.”

Adair said they would probably use most of the money for the project.

“You just don’t know how many people are going to take the service,” Adair said. “In our area there is one house per square mile, where in some other areas have 2.5 houses per square mile.”

He said he could not facilitate rural areas without the help like they received from the USDA on Wednesday. He compared the government help to the old days of electric cooperatives.

Adair said he would be applying for additional funding in the future due to areas in Clay and Wayne counties that are still under served.