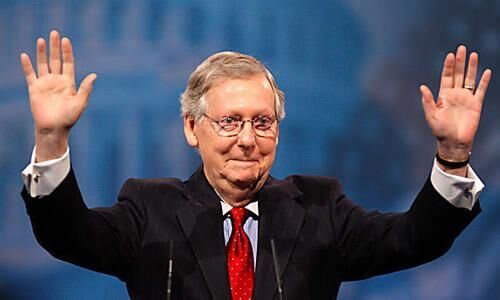 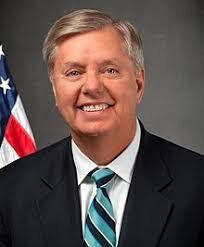 In Washington, flip-flopping never gets in the way of political want. Nor does holding to principle or telling the truth.

And there is little Senate Democrats can do about it.

McConnell would have it no other way. He personifies the political idiom to the victor belongs the spoils. Except if the sitting president who won a national election is from the rival party.

Four years ago, he did not even give Democrat President Obama’s nominee to the Supreme Court, Merrick Garland, a public hearing nine months in advance of the 2016 presidential election.

McConnell’s  logic: The voters should have a voice in the process through election of the next president. After Trump’s victory, the GOP-controlled Senate confirmed Justices Neil Gorsuch (2017) and Brett Kavanaugh (2018) to the high court.

Now, just six weeks before the 2020 presidential election, McConnell’s tossed aside the notion voters should help decide the Ruth Bader Ginsburg replacement. This time he says it is different -- Republicans control both the Senate and the White House.

It is acute partisan politics at Washington’s worse.

Antonin Scalia’s death in February 2016 created a vacancy on the court. His conservative role would have been replaced by a liberal in Garland. The passing of liberal Ginsburg allows Republicans to now add yet another conservative, giving them a surefooted majority on the nine-member Supreme Court.

Then there’s Senator Graham, who famously said in March 2016 and affirmed in 2018 that a Supreme Court vacancy should not be filled in an election year; that voters need a voice in the selection process through election of the next president.

“If there’s a Republican president in 2016 and a vacancy occurs in the last year of the first term, you can say Lindsey O. Graham said, ‘Let’s let the next president, whoever it might be, make the nomination,’|” he said then. “And you could use my words against me, and you’d be absolutely right.”

Graham didn’t mean what he said. He now vows to do everything he can to speed Trump’s nominee through the Senate Judiciary Committee hearing for an early vote by the entire Senate.

The debate will be divisive for a nation already deeply divided. McConnell can cut off Democrats in the Senate with a simple majority vote due to a rule change he muscled through in 2017 ending the 60-vote margin needed to prevent filibustering.

Republicans hold a 53-47 margin in the Senate. Polling of GOP senators indicates sufficient votes to confirm whomever Trump nominates.

Democrats are powerless to stop the process. They can only appeal to centrist Republicans to delay the vote until after the winner of the presidential election is decided. Then the odds might increase slightly if Democrat Joe Biden is the next president and Democrats take control of the Senate. But don’t bet on it.

One thing is certain. The dictum about giving voters a voice in the Supreme Court nomination process in presidential election years is dead. Democrats regret its demise, Republicans celebrate the opportunity. Both should recognize their differences add to public cynicism of Washington politics.

Bill Ketter is CNHI senior vice president for news. Reach him at wketter@cnhi.com.